The TLS-100 is a portable meter used to measure thermal conductivity and thermal resistivity of a variety of samples, including soil, rocks, concrete, and polymers. Tests can be performed at the push of a button and results displayed instantly. The second-generation TLS-100 has many advancements, such as sensors which as auto-recognized, with corresponding testing parameters automatically loaded. 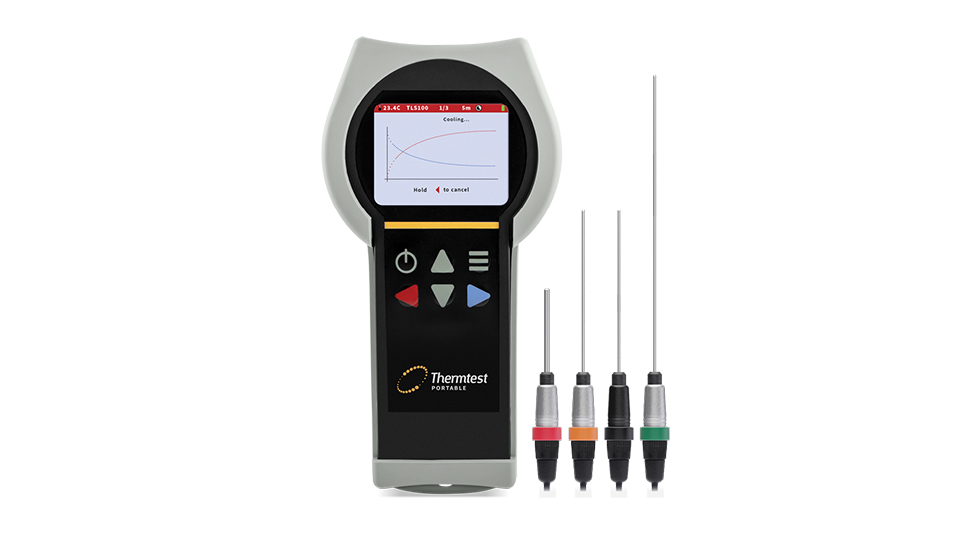 Thermal conductivity TLS-100 users benefit from the convenience and accuracy gained when using primary testing methods. Measurements are easily performed with the smart on-board software and transferred to computer with an included Windows utility program.

The Thermtest Transient Line Source (TLS) meter adheres with an internationally recognized standard of testing by complying with ASTM D5334-14 (100mm and 50mm) and IEEE 442-1981 (100mm). The sensor needle consists of a thin heating wire and temperature sensor sealed in a steel tube. The sensor is completely inserted into the sample to be tested. Heat is delivered to the sample using a constant current source (q) and the temperature rise is recorded over a defined time period. The slope (a) from plot of temperature rise versus logarithm of time is used in the calculation of thermal conductivity (k). 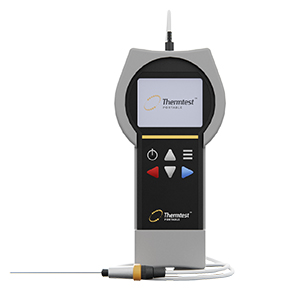 The ambient density sample was measured first, by simply pouring the soil into the sample holder and inserting the TLS sensor. For the compressed sample, the same soil sample was removed from the sample holder, then replaced using an impact compaction method. The TLS 100mm sensor was then inserted into the middle of the sample and held in place using a stand to ensure proper contact between the sensor and the sample during testing. 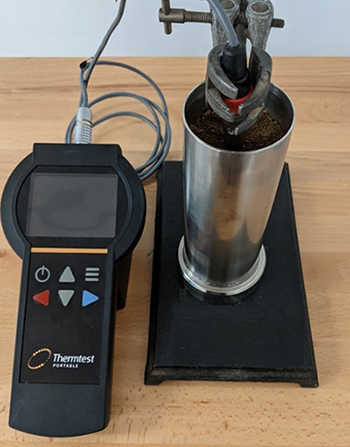 Table 1. Measured thermal properties of soil at different densities with Thermtest TLS 100mm sensor at room temperature, tested with a current of 200mA.

As shown in Table 1, the thermal conductivity of the soil sample increased significantly with an increase in density.