The GHFM-01 Guarded Heat Flow Meter is designed to test the thermal resistance and thermal conductivity of both homogeneous and heterogeneous materials. 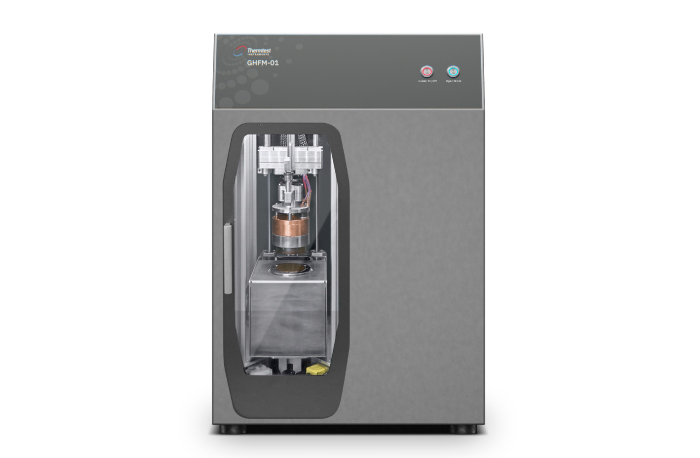 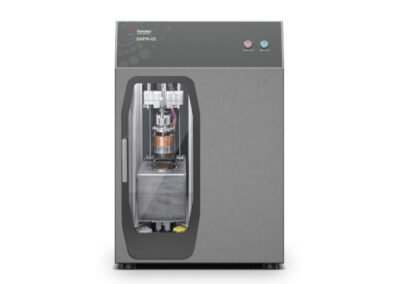 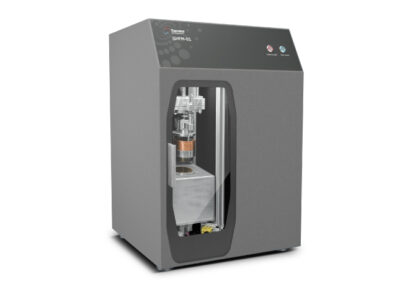 According to the method, the sample is subjected to a steady-state through-thickness temperature gradient. The thermal conductivity of the sample is obtained by measuring the temperature difference across it, and one additional temperature.

Once steady-state temperature across the sample is achieved, the Fourier law equation can be applied. The ratio R2 (m2•K/W), equal to the thickness of the sample, d (m) to its thermal conductivity, λ (W/m•K), can be obtained from the temperatures measured:

The above equation is linear in form, and is the working equation of the instrument. Constants F (m2•K/W) and Rint (m2•K/W), can be obtained by calibration of the instrument. To this effect, calibration samples of known thermal conductivity and hence, thermal resistance, are employed. Calibrated results for thermal resistance and thermal conductivity are reported.

Following international standards, the GHFM-01 is designed for testing both homogeneous and heterogeneous materials.

*Chilled circulator included with each system

No tools are required to change the lower flux module, which forms a calibrated heat flux transducer. Housing multiple thermocouples to monitor temperature for confirmation of steady state condition of the temperature gradient across the sample is achieved.

Optimally selected heaters cooled by heat exchangers matched with thermocouples, which have a resolution of 0.01 °C are positioned in the upper and lower stack are used to accurately control plate temperatures. Lateral heat loss across the sample thickness is minimized with the use of a guard oven. Upper and lower plate along with guard oven temperatures are fully controlled by the convenient GHFM-01 Software. 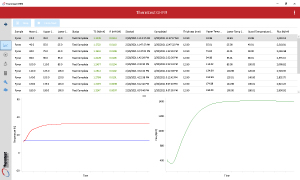 The GHFM-01 offers a feature packed Windows based software included with each system. The simple to use software offers unlimited automation steps of temperature along with thickness force or pressure settings. Basic testing and calibration steps are fully automated, as well as additional functions like saving, exporting, and printing of measurement results. 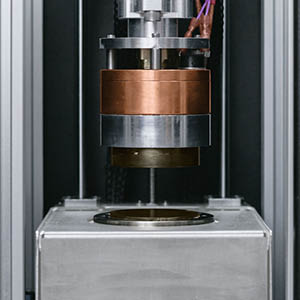 All conditions of calibration, such as management of reference materials, temperature steps and pressure are fully automated with the GHFM-01 software. Verification of calibration is performed through built in validation routines.

Demonstrating the performance of the GHFM-01, measurements on Pyrex 7740 were made up to 300 °C and compared to literature values. Accuracy of all results < 2%. 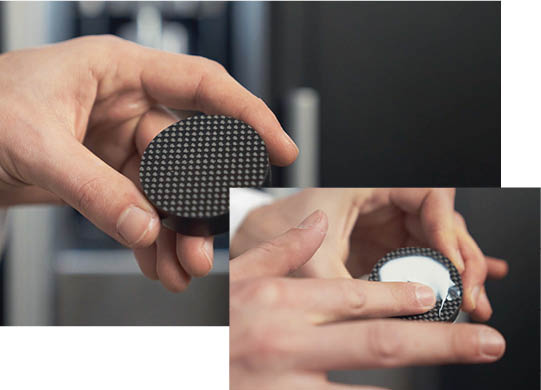 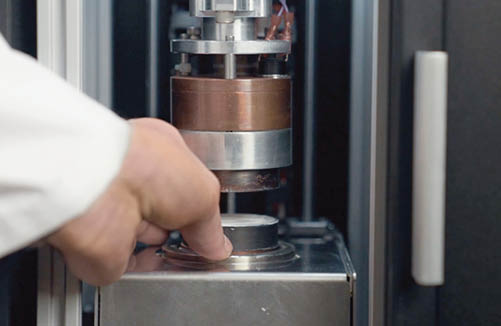 Sample then can be loaded into the testing stack. For rigid materials, upper stack will close to a default pressure. For soft materials, the user can define a specific pressure or required thickness. Pressure and thickness testing parameters can be controlled within the testing schedule.

Using the GHFM-01 Software, the user is able to schedule unlimited temperature steps up to 300C. Internal red backlight signals testing in progress. 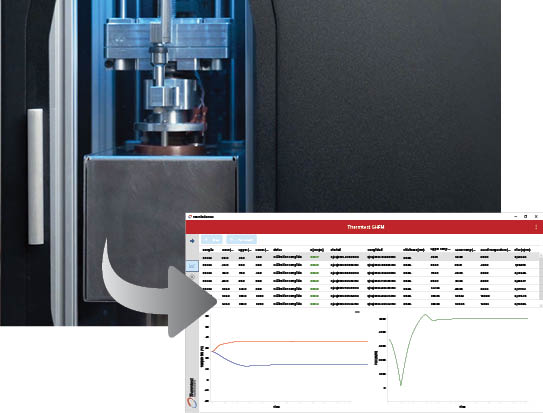 Temperatures from upper and lower plates are monitored by the GHFM-01 software for temperature stability. Measured thermal resistance and calculated thermal conductivity results are tabulated and available for export to excel. Internal blue backlight signal testing is complete and stack safe to touch.

When testing anisotropic composites, the measurement of thermal resistance—thermal conductivity is ideal. Composites typically do not have repeating internal layers, making the measurement of full thickness by thermal resistance the only way to measure true thermal conductivity. A carbon fiber composite sample of 12.7 mm thickness was measured, and results summarized below.

Layers of pyrex and stainless steel were added to the anisotropic carbon fiber composite sample of 12.7 mm thickness. For the full thickness, thermal resistance and thermal conductivity were measured at a mean temperature of 40 °C, and results summarized below.

The GHFM-01 is well suited for the measurement of thermal resistance and thermal conductivity for a wide range of materials. As the GHFM method measures the thermal resistance of a sample size of 50 to 50.8 mm in diameter and thickness up to 25 mm thick, testing heterogeneous materials is possible.

There are a wide variety of test cells available to extend the application range of the GHFM-01. These include paste, polymer – melt and powders cells.

GET PRICING.
FAST, FREE, NO COMMITMENT.

One of our qualified team members will reach out to you to offer a price that fits your needs.

Thermal Conductivity of cutting fluids with the Transient Hot Wire

Depending on the context and on which type of cutting fluid is being considered, these fluids may be referred to as cutting fluid, cutting oil, cutting compound, coolant, or lubricant. The main purposes of these fluids are to keep the object being cut at a stable temperature, maximize the life of the cutting tip, and prevent rust on machine parts and cutters. 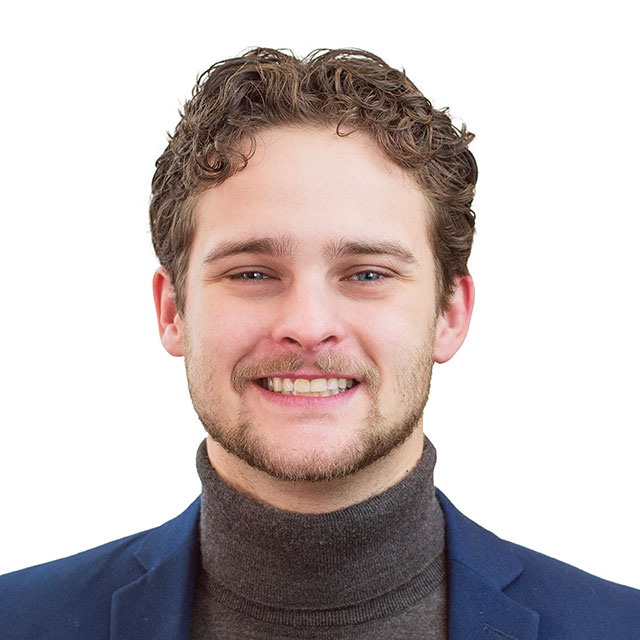