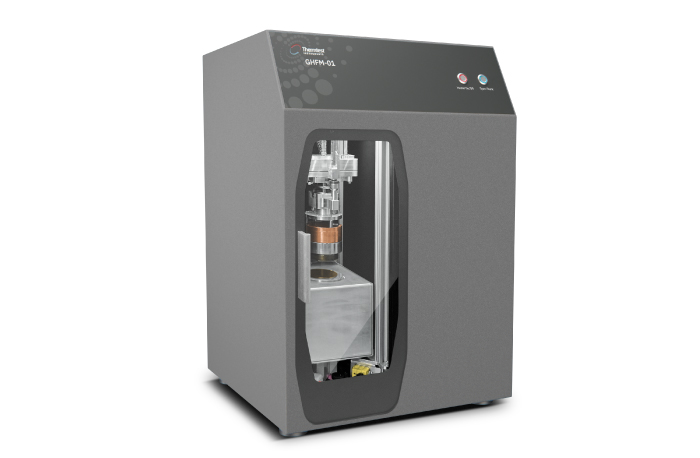 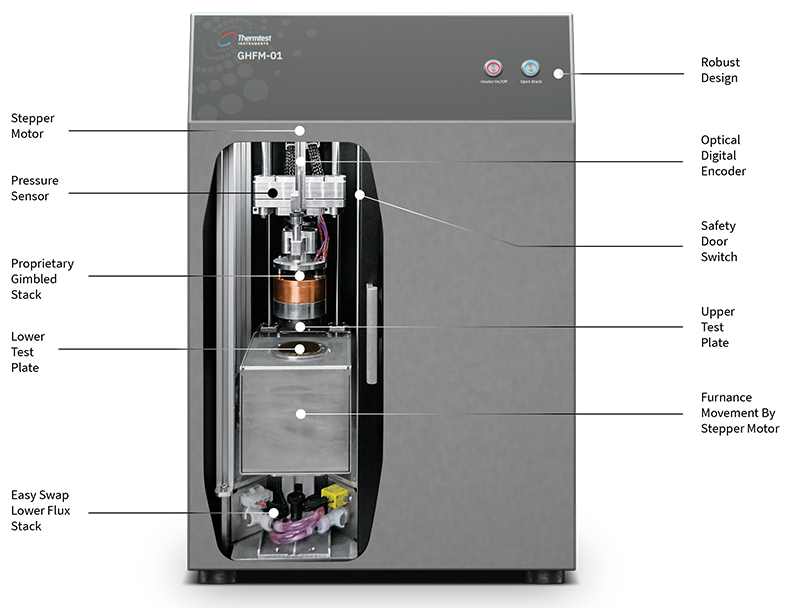 *chilled circulator included with each system

Thin Films with the GHFM-01

In addition to regular bulk thermal conductivity and thermal resistance measurements according to ASTM-E-1530-19, the GHFM-01 can measure thin films down to 0.1mm thick. This method can be used for coatings against a substrate, as well as thin free-standing sheets. When measuring coatings, a control must be measured (substrate with no coating). This control can then be subtracted from the coating + substrate, leaving only the result of the coating on its own.

To measure thin films according to ASTM-E1530-19, a layer approach must be used. By stacking different numbers of layers of a material of known thickness, a linear fit can be created. As resistance is correlated with thickness, each different thickness (different number of layers) of the sample will have a proportional resistance. The thermal resistance is then plotted against the known thickness. The inverse of the slope of this linear fit is the resulting thermal conductivity of the material. Using the Thermtest GHFM-01 software, this is easily calculated with minimal user input.

Mylar is a polyester film that is also known as BoPET or biaxially-oriented polyethylene terephthalate. This film is commonly used in the aviation, electronics, and food industries due to its stability and insulative properties. For this experiment, the thickness of one layer of Mylar was 0.055mm, and the minimum number of layers was 5.