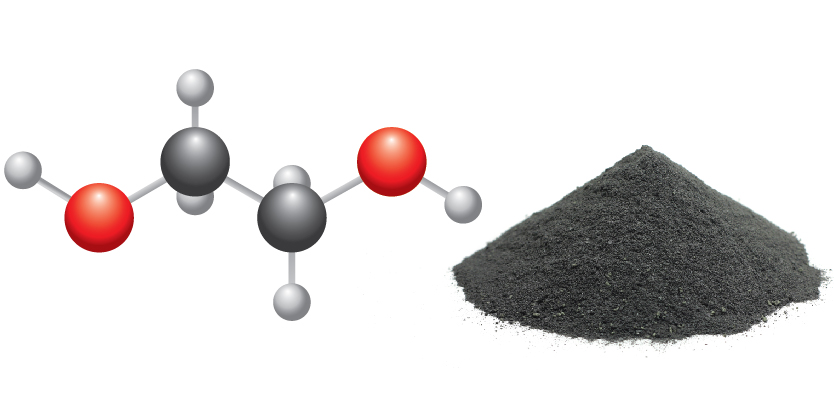 Carbon black (CB) is a specific type of carbon that forms from the incomplete combustion and thermal decomposition of gaseous or liquid hydrocarbons in a controlled environment. This process produces a fine, powdery black dust that is one of the 50 most produced chemicals in the world. More than 90% of carbon black is used as a filler in the rubber industry, however, it is an important component of many pigments and inks. It is a relatively conductive substance and is used in the electrical industry to manufacture electrodes and in carbon brushes.

Ethylene glycol (CH2OH)2 is a clear, slightly viscous alcohol that is highly poisonous to humans and animals if ingested. The most common use of ethylene glycol is in automotive antifreeze. It is also a common solvent to use as a heat transferring medium. This application page will describe how select concentrations of carbon black nanoparticles dispersed in ethylene glycol can influence the fluids heat transferring abilities.

Figure 1: A sample bottle of ethylene glycol and a sample of powdered carbon black 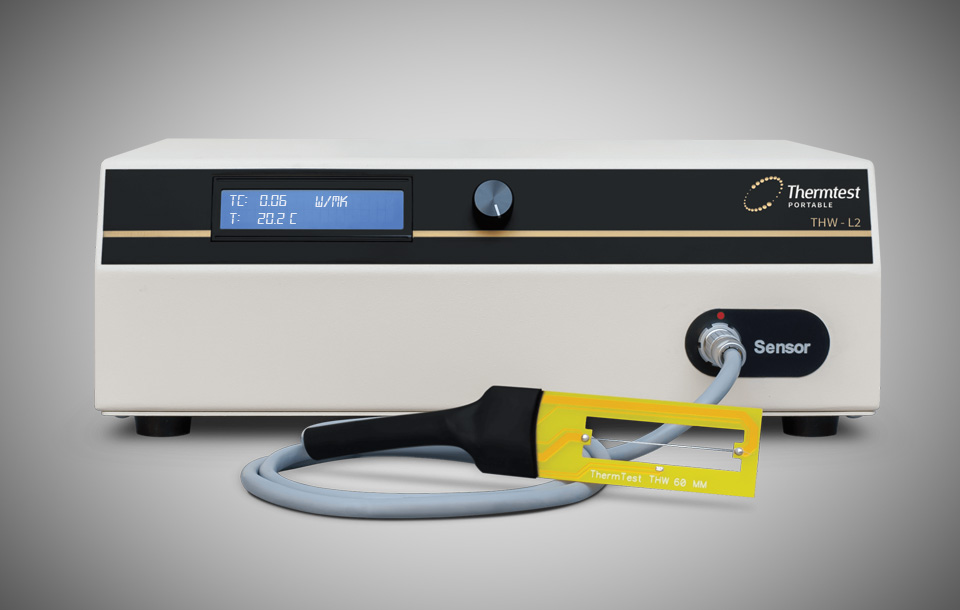 The second test conducted on the nanoparticle mixtures relates to their viscoelastic behavior. “Visco” means a fluid deforms when exposed to an external force and “elasticity” describes a fluids ability to return to its original form once the force is removed. When a pure viscous fluid is exposed to pressure, the result will be a permanent rearrangement of particles. A pure elastic fluid under pressure will load and unloaded the force forming strain and stress curve lines. These fluid behaviors can be described as rheological properties. For this work, the fluids rheological behaviors were measured with a Bohlin Gemini Rheometer using the parallel plates technique at a consistent temperature of 20°C.

This experiment concluded that the thermal conductivity of the heat transferring fluid increased as the carbon black concentration increased. A concentration of 9% CB or higher triggered a transition from a pure viscous liquid to an elastic dominated fluid. This behavior is typical of a three-dimensional structure developed through non-covalent interactions.

The sheer-thinning performance of the fluid indicated non-Newtonian behavior. Fluids are classified depending on their sheer rate (rate of change in viscosity as one fluid passes over an adjacent fluid layer), stress and deformation history. These fluid properties determine if it can be characterized as Newtonian or non-Newtonian. Newtonian fluids are named after Sir Isaac Newton’s “law of viscosity.” This law states that the behavior of a fluid is representative of a simple linear relationship between sheer stress and sheer rate. Some examples of Newtonian fluids are water, organic solvents and honey. These fluids follow the Newtonian linear relationship pattern. In reality, most fluids are non-Newtonian and the viscosity is dependent on the sheer rate (related to sheer thickening and thinning). A fluid in sheer thickening will have an increase in viscosity as sheer rate increases. An example of a sheer thickening fluid is cornstarch mixed with water. A fluid in sheer thinning follows the opposite pattern and will have a decreasing viscosity as sheer rate increases. Some example of fluids in sheer thinning are paint and blood. The CB ethylene glycol mixture displayed properties of a fluid in sheer thinning showing a decrease in viscosity as sheer rate increased. 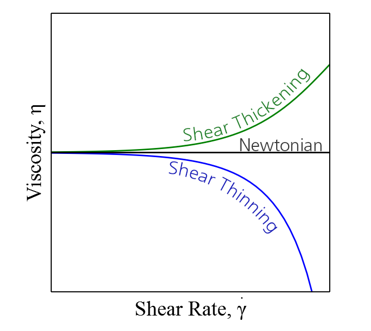 Further research is predicted to go underway relating to the rheological properties of CB nanoparticles immersed in fluids with intentions to gain insight on the thermal abilities of these materials. Modifying heat transferring fluids to become efficient thermal conductors can save energy and costs especially for industries that demand large amounts of energy transfer.