The Heat Flow Meter (HFM-25) for testing thermal resistance and thermal conductivity of insulation and construction materials. Offering the testing power of a full-size heat flow meter, optimized for small insulation samples and budget. The HFM-25 is controlled by the included HFM Software, offering automation of calibration, testing, and results summary functions. 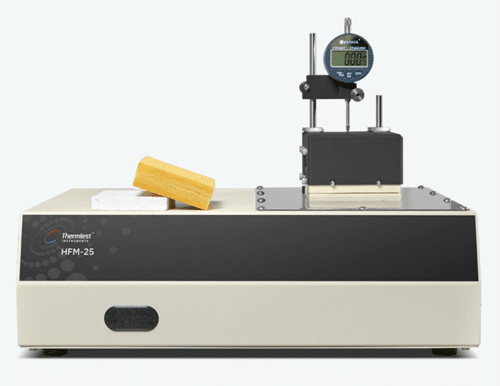 Following international standards, the HFM-25 is designed for testing both homogenous and heterogenous materials from 0.01 to 0.5 W/m·K, and complies with ASTM C518. The HFM-25 allows for smaller sample sizes which are representative of materials typically found in insulation and construction industries. With an accuracy of 5% and reproducibility of 2%, the Thermtest 25 Series Heat Flow Meter is an excellent instrument for measuring the thermal conductivity of a variety of samples. 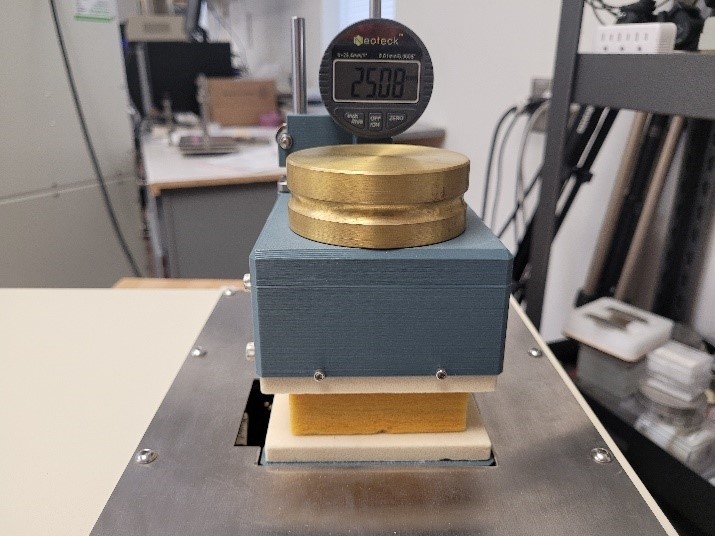 For larger samples (no maximum), samples can conveniently be measured at a specific location. 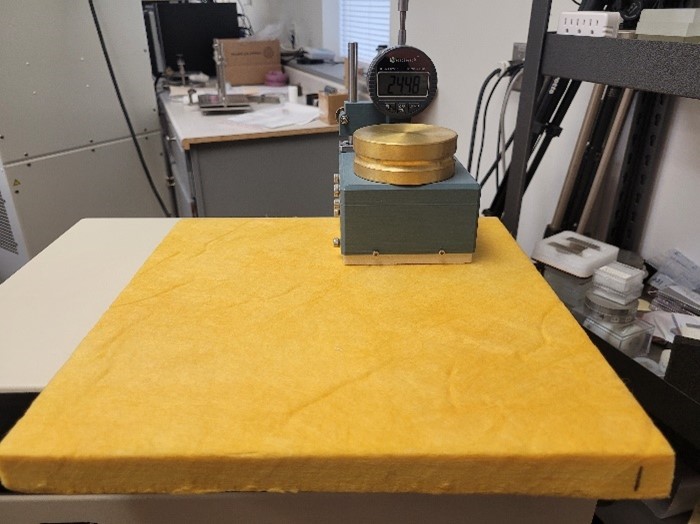 This experiment consisted of measuring the thermal conductivity of each sample at four different levels of compression. To measure the samples at ambient density, a wedge of the same thickness of the sample was used to hold up the top plate. The first level of compression was with only the weight of the top plate, and then a 600g and 1kg weight were used respectively. The measurements were taken at room temperature, with an optimal temperature delta of 20°C between the plates of the heat flow meter.

Picture 4: From left to right, set up of the pink fibreglass sample in the Thermtest HFM-25 with a wedge; weight of the upper plate; 600g weight; 1kg weight. The same set up was used for the pillow sample.

Table 1: Results of thermal conductivity measurements at different levels of compression for two samples with the Thermtest HFM-25 at room temperature.

With a relative standard deviation of less than 1%, the sample is shown to be homogenous. 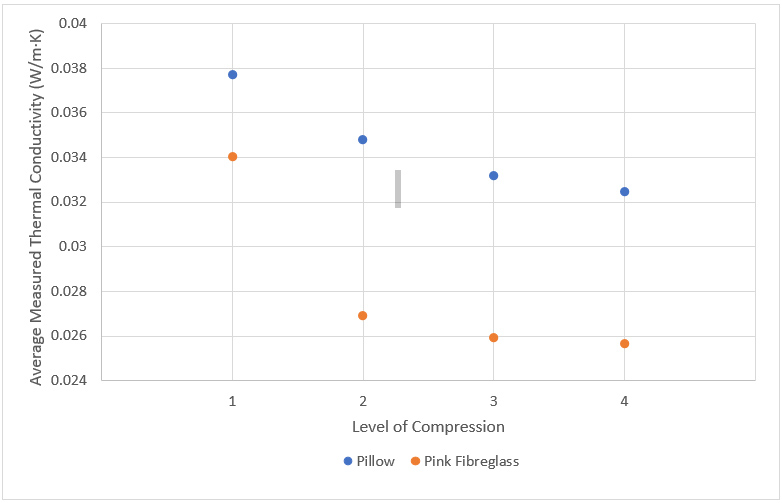