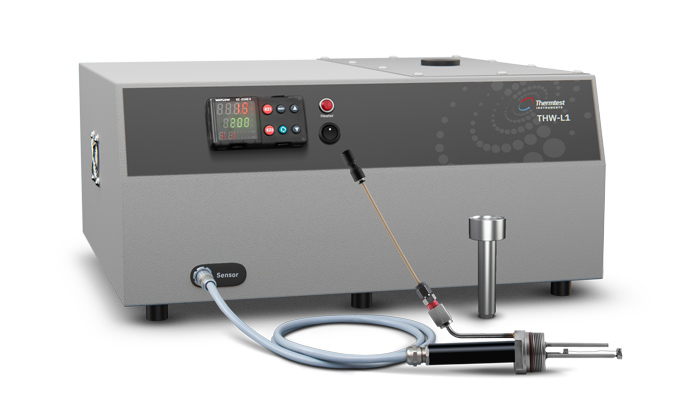 The THW-L1 Meter was designed with speed and operational simplicity in mind. With a single measurement of 1 second in duration, small volumes of liquids and low viscosity pastes can be accurately and precisely measured for thermal conductivity, thermal diffusivity and specific heat. The THW-L1 Meter uses a non-stationary measurement approach and rapid test times limiting convective effects for samples with a wide range of viscosities (0.1 to 10,000,000 mPas).

The Engine oil Castrol Edge SAE 5W-30 measured with the THW-L1 device from 5 °C to 195 °C without any back pressure applied to the fluid. Three tests performed at each temperature step and the repeatability was better than 1 %.

In Figure 2, the Engine oil samples can be seen. The left vial is a fresh sample, vial in the middle is after a full temperature run, and the right vial is a sample of used oil from a car engine after 6,000 km. 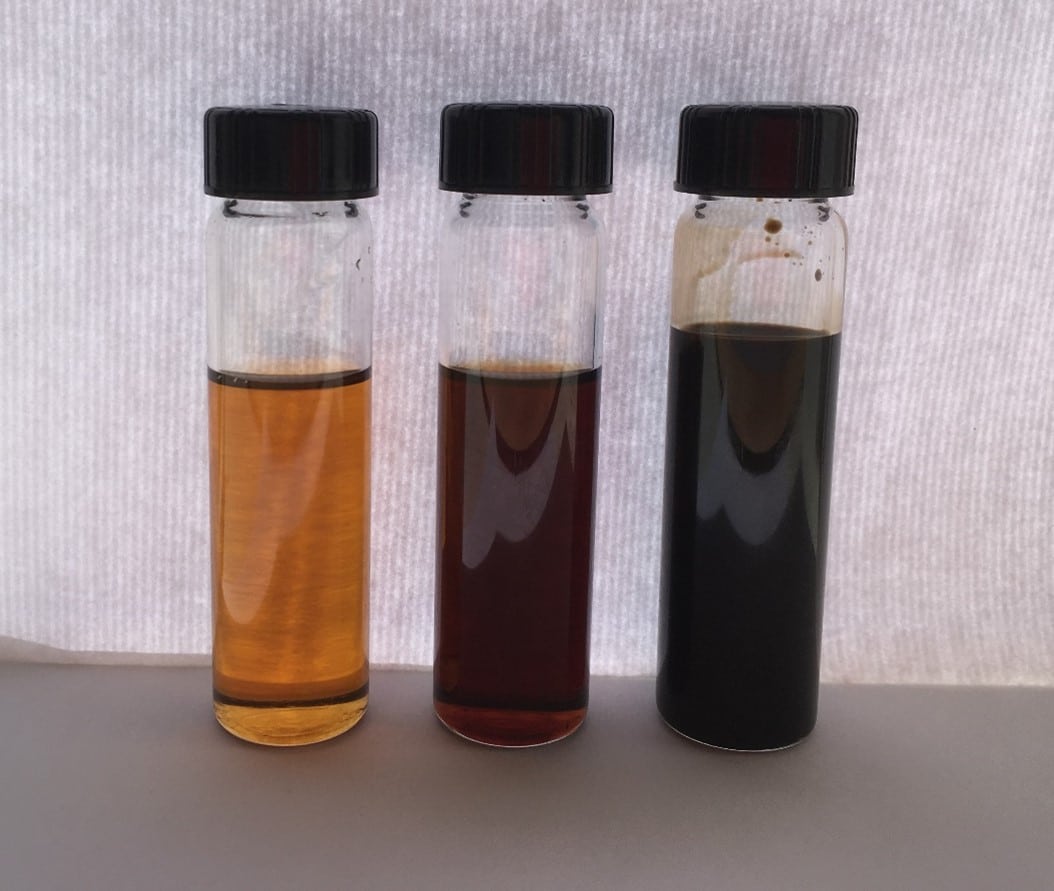 Picture 1. Samples of the Engine oil. From the Left to the Right they are Fresh, after one temperature run and used sample.

Tables 1-3 show the thermal conductivity, thermal diffusivity and volumetric specific heat of both the fresh and the used oil samples, while these data are plotted in Figures 2-4.

Table 1. Thermal Conductivity Measurements of the Fresh and the Used Engine Oil.

Table 2. Thermal Diffusivity Measurements of the Fresh and the Used Engine Oil.

Table 3. Calculated Volumetric Specific Heat of the Fresh and the Used Engine Oil. 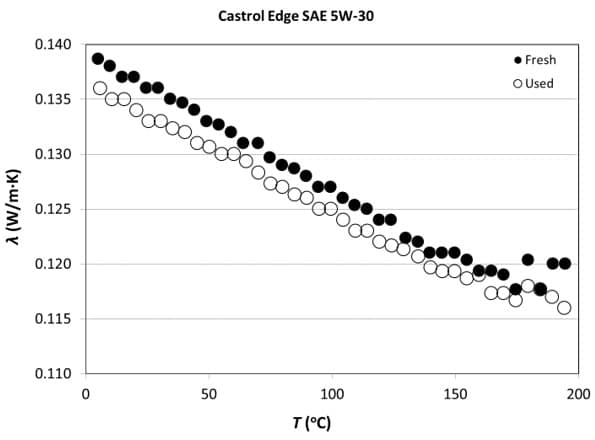 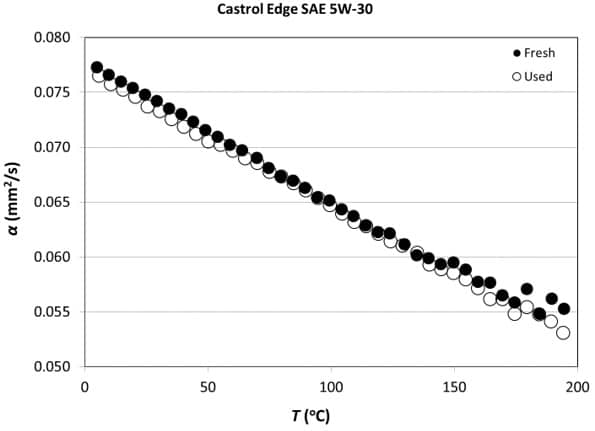 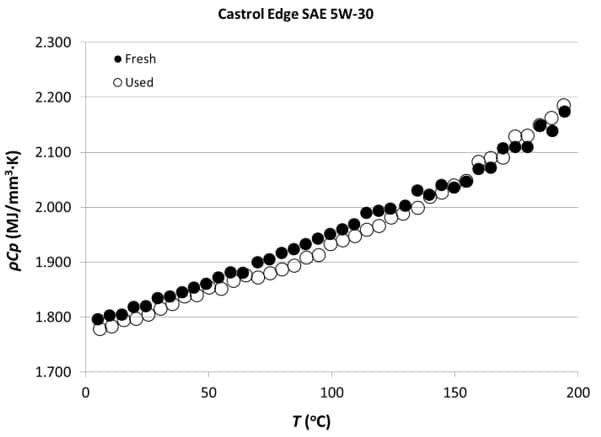