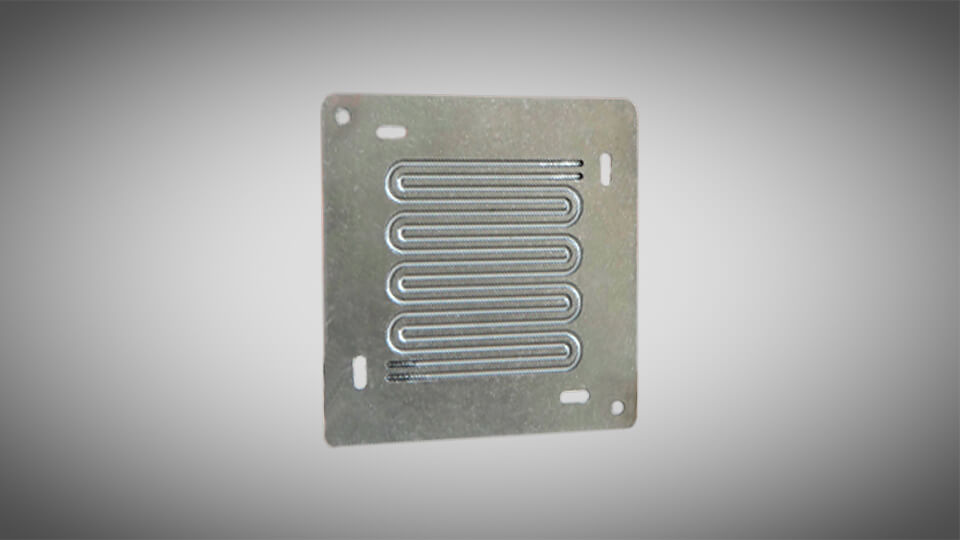 Polymers are an incredibly diverse area of science, as their nature is determined by their components, of which there are infinite possibilities. A polymer is a large molecule that is made of many small molecules arranged in a simple, repeating structure (Figure 1). Plastics are one of the most common synthetic polymers. Traditionally, polymer resins have had low thermal conductivities; raising this value would give this class of materials an entirely new range of applications. Incorporating a conductive filler into the polymer is one way to achieve a better thermal conductivity. Keith et al. (2006) used this method to raise the thermal conductivity of Vectra A950RX, a liquid crystal polymer. They determined the effect that the addition of varying amounts of two carbon fiber fillers to the liquid crystal polymer had on through plane and in plane thermal conductivity, using the Hot Disk Thermal Conductivity System. 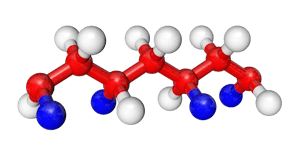 Keith et al. (2006) selected Fortafil 243 and Panex 30 as the carbon fiber fillers that would be added to the liquid crystal polymer. Both of these fillers have high weight percentages of carbon, Panex 30 is over 99% carbonized. Single filler composites with various amount of a filler were produced for testing. Two thermal conductivity testing methods were used to measure the through plane thermal conductivity of the composite samples, the guarded heat flow meter, and the Hot Disk TPS. However, only the TPS system is capable of performing in plane measurements, making it an ideal thermal conductivity instrument for testing highly anisotropic materials such as liquid crystal polymers. The TPS technique can produce both isotropic and anisotropic measurements during a single test (Figure 2).

When performing an anisotropic measurement with the TPS, the sensor is placed so that it is perpendicular to the normal axis and parallel with the planar axis (Figure 2). The Hot Disk sensor used for thermal conductivity measurement at temperatures up to 300°C is composed of a nickel foil spiral surrounded by a Kapton insulator. Two identical sample pieces are sandwiched on either side of the two-sided sensor. Probing depth is an important factor to consider when performing measurements, the parameters for testing with the Hot Disk TPS stipulate that the heat created by the Hot Disk does not reach the edge of the sample during the test. A variety of sensor sizes are available to enable each user to select a size that works best for their sample. The Hot Disk anisotropic software module ensures that anisotropic measurements are performed accurately. 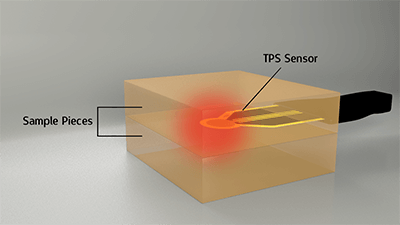 Figure 3. Diagram indicating the traditional placement of a two-sided Hot Disk sensor between two sample pieces. The set up used by Keith et al. (2006) used an extra sample piece on each side.

Keith et al. (2006) prepared these composites with the goal of developing a possible material for use as a bipolar plate in fuel cells. Bipolar plates play an integral role in the function of a fuel cell as they separate the anode from the cathode in addition to providing a barrier between hydrogen and oxygen gases. These plates must have a high thermal conductivity and low gas permeability. Liquid crystal polymer is an excellent candidate for this type of application as is has low gas permeation rates, is dimensionally stable, and is resistant to the acidic conditions of the fuel cell. By adding carbon fibers and producing a composite with a thermal conductivity value within the range needed for a bipolar plate, scientists are one step closer to producing a new product that will help to further develop this market.

Note: For detailed results from this study and to compare the data produced by the Hot Disk TPS and guarded heat flow meter from measurements on the same samples, please follow the link for this scientific paper in the reference section.

Evaluating the combination of two or more materials to create a more physically stable and thermally desirable end product.

Determining the direction of heat conduction, as well as thermal conductivity of a Torlon polymer sample.