When one thinks of thermal conductivity, the term is almost always thought to be associated with solids such as Copper, Silver and so on, however; there exists Thermal Conductivities associated with fluids (liquids and gases). Albeit the values of thermal conductivity of liquids and gasses are very small and hard to precisely (and practically) calculate due to convection (for an experiment explaining convection this see our balloon experiment), a qualitative comparison can easily be done. Using common cooking supplies, a comparison can be made by simply heating a container(s) containing each liquid and monitoring the change in temperature. For specific vales for the thermal conductivity of liquids check out our Materials Database

The goal of the experiment is to gain a better understanding of thermal conductivity and how this concept applies to fluids. This concept is quite important as it plays an important role in heat management, electronics and various other industries.

It is important to take all necessary safety precautions while performing this experiment and it is important to know the boiling point of each liquid before advancing. Below is a list of the boiling points of the various liquid used in this experiment. If at any moment the liquid within the container begins to boil, remove the container from the heat and remove the Styrofoam lid. 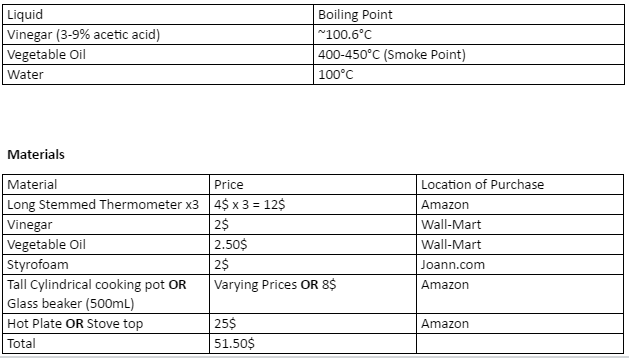 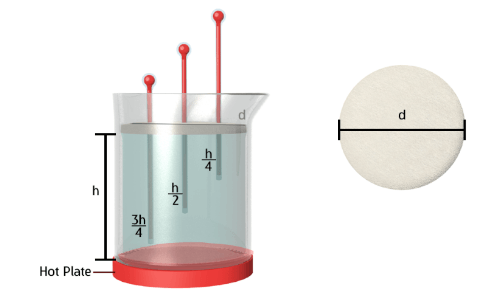 Below is a list of thermal conductivities of various compounds found in common household liquids. These values can be used to further this experiment or compare results obtain while performing this experiment. Included with these values is the boiling point of each liquid.