Some seven decades have passed by since the first day of my encounter with the subject of heat transfer and the term thermal conductivity. During this time, in the context involving materials, the subject, has become increasingly more complex due to the added influence of the effects of radiation and convection modes and increase of applications. Correspondingly the original and often-described simple term has become similarly increasingly more complex especially where the important role of measurements of thermal properties are concerned. 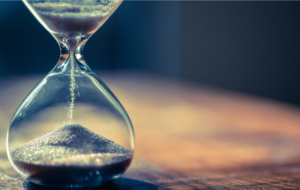 All of these changes reinforced by greater attention being paid to develop increased use particularly of transient techniques were such that major interests in measurements on all types of materials were gradually transferred from considerations of the use of the steady state to the transient methodologies.

One is prompted to ask the questions of why and how.

Unfortunately, in the real word the total subject of heat transfer properties involving a material and its applications Mother Earth has played us another nasty trick. We are provided with something which has a simple descriptive name but can exist in many different and varied types and forms. Some of these are subject to change in boundary conditions such that it is hard to define anything that conforms to the theoretical ideal in developing the required models and appropriate apparatus required for providing a property value.

For example, a “material” can range from the ideal isotropic homogeneous pure dense solid (a conductor) to anisotropic forms of solid and lower density forms of heterogeneous particle, fibrous and cellular systems combined with a gas i.e. thermal insulation (a resistor). The resulting consequence is that the range of thermal conductivity is six to seven orders of magnitude (0.001 to 1000+ W/(m.k) depending on the effect of a vacuum environment. In addition, due to advances in technology the range of temperature of application is now some four orders of magnitude between cryogenic and those considered high temperatures.

Both the measurement of thermal conductivity and the interpretation of measured result must now include and allow for such effects that indicate that the property can only be viewed as specimen i.e. material dependent. Consequently, these wider but rigorous limits have now provided added responsibilities to those working in the thermal measurement community especially in the selection of the best or most appropriate method to be used to attain the desired precision and accuracy.

Previous Blogs have illustrated how measurement technology has changed significantly through a renaissance period due to the phenomenal increase in need for reliable data on the ever-increasing rise in new and improved materials and their applications. Where possible, desired test methods should require smaller specimens, become more simpler in concept and faster in operation.

Some of these urgent needs were addressed partially in the sixties by the occurrence of two “paradigm shifts” in measurement technology. The first being the “flash method” transient technique for use on semi-infinite media i.e. dense solids and the second was the heat flow meter steady state method for use for to measure the thermal conductance/resistance of thermal insulation products

The former proved to be ideal for rapid measurements of thermal diffusivity of an acceptable accuracy to high temperatures from which thermal conductivity could be derived providing accurate values of specific heat and density were also available. The test specimen was a small flat disc of the order or 15 to 25 mm diameter and less than 10mm thick and measurement times of tens of seconds.

The latter provided means to attain good repeatable accuracy levels over a limited temperature range but was dependent on the availability one or more reference materials that were essential for apparatus calibration. As it is used only for heterogeneous thermal insulation products the test specimen must be representative of the product which makes both the apparatus and specimen size product dependent. Thus, typical specimen sizes are now the order of 300 to 1000 mm diameter or square and a thickness up to 150 mm with measurement times in tens of minutes

In understanding the conduction mode of energy transfer in materials and including those in contact are involved. we are aware of the use of forms of the basic heat transfer equation to provide models to address applications and issues of heat transfer theoretically. This approach considers the subject in terms of a semi-infinite homogeneous isotropic bodies i.e. dense solids and contact within or between solids to be perfect, a uniform heat flux, and a temperature gradient, between fixed positions

The basic theory of the Fourier description of heat flow addresses the dominant conduction mode of heat transfer in terms of materials being in the solid isotropic form but does not include the effects, particularly of radiation where influence of heat losses or gains on a measurement are proportional to the third power the absolute temperature. In addition, convection can occur particularly in the use of some of the latter materials of low density and large temperature differences of and small thickness is involved.

Historically, measurements of thermal conductivity using steady state methods began and have continued with the development and use of apparatus designed to represent models based on a longitudinal and radial heat flux for two distinct and different geometric configurations. These consisted of either a long rod form for example, “Searle’s Bar” for a good conductor such as a metal or high-density ceramic or a short thick plate “Lee’s Disc” for a poor conductor including a thermal insulation.

Subsequently much improved forms based on what can be considered relatively “large specimens” in these basic configurations became the longitudinal rod, radial or cylinder stack, guarded hot plate, heat flow meter and comparative forms of method currently used for measurements. Though different, all require accurate measurement of dimensions, a rigidly controlled uniform heat flux either assuming no, or correcting for, extraneous heat loss or gain and temperature difference between fixed positions. In general, high accuracy levels of better than +/- 3 to 5% can be obtained over a broad temperature range. Unfortunately, due especially size of the apparatus these measurements are time consuming in the range of tens of minutes to several hours.

In reality, it mut be made clear that these methods provide unique values of the thermal  conductance/resistance  of the actual specimens which can, or should only, be termed the thermal conductivity if the material is such that other modes of energy are known or are assumed to be absent. This has been recognized especially in the subject of thermal insulation where radiation is a significant factor such that there is general acceptance that the measured value is an apparent, or effective thermal conductivity

For thermal diffusivity, the direct related property, through the thermal conductivity, specific heat and density relationship, the measurement involves a temperature distribution that varies with time requiring a different differential equation. As a result, many individual models have been developed depending on the choice of boundary conditions and assumptions of ways to accommodate the effects of heat losses. In some models this latter factor is often excluded due to the very short time periods involved.

There are two basic forms of measurement technology. These are the periodic temperature and transitory contact and non-contact temperature methods manifested originally in the “Angstrom rod” and contact hot wire techniques. These were followed more recently by the non-contact flash. ac calorimeter and 3ω methods. The immediate differences are that they do not appear to require a fixed form or amount of specimen and the only measurements required are those of temperature and time. The additional advantage is that they are fast in terms of reducing measurement times from tens of minutes to tens of seconds and less.

In the past two decades particular attention has been centred on the development of models for improved versions of the original basic single or parallel hot wire technique. This original method involved embedding a single or double foil or wire heater/temperature measurement sensor into a specimen applying a uniform symmetrical heat pulse and analysing the subsequent temperature response that contains a limited “linear time period” portion that is dependent on the thermal conductivity of the specimen.

A needle-probe version of the Hot Wire technique was the first modification developed as a commercial product for used for thermal insulations and a larger form used especially for comparisons of field measurements on soils, rocks and earth minerals, However, the former was abandoned due especially to effects of significant positive biased differences in values between measurements by the probe and those using absolute plate methods. A significant factor here was consideration of the effects of anisotropy that exists in many cellular, fibrous, and other porous thermal insulation materials that are in effect systems of solid and gas.

As mentioned earlier numerous theoretical models and procedures containing various additional assumptions of minimizing effects of heat losses and contact resistance issues plus advances in time and temperature measurement instrumentation have resulted in new forms or modifications of the method. Essentially the major difference is the change of the heater/temperature measurement sensor from a single or double wire into thin flat insulated bifilar foil unit. plane source of an equivalent area equal to or less than 50mm diameter

This is inserted under pressure between two identical pieces of test material. Thus, instrumentation described as transient plane, transient bridge, transient ball source appeared. Each is coupled with a specific analysis(s) of the temperature response time from which values of one or more of the properties thermal conductivity, thermal diffusivity and specific heat can be determined. These methods using relatively small specimens, certainly much less than those required for steady state measurements., are claimed to be applicable for use to measure forms of ALL types of materials in the range 0.01 to 1000 W/(m.k) to the same or better accuracy limits obtained by steady state methods.

As a result, commercial versions of these different but similar methods have become popular as they appear to be suited ideally to address the basic requirements of simplicity, small specimens, and speed. Furthermore, they have been converted into a fully automated form of into “a one size fits all” system that unfortunately neglects to address the issues of type form and size of specimen required especially for very low values of apparent thermal conductivity

In addition, a further quite different but popular version described as a modified form of the transient plane source became available. This is totally different in that the uninsulated bifilar unit is fixed into a probe that is then placed under pressure against one surface of a specimen. However, under such conditions the heat pulse will now develop asymmetric heat flow into the specimen due to the indeterminate heat loss from the uninsulated rear surface in the probe. Furthermore, specimen surface condition, emittance and environmental conditions will affect the measurements.

In their comprehensive chapter on Thermal Diffusivity and Other Non-Steady State Methods in the previously mentioned Thermal Conductivity, Vol. II, Chapter 3, l969, Danielson and Sidles made  the following forecast in the concluding sentence “For this reason continued rapid development on non-steady state methods for measuring thermal properties can be anticipated. “This in total, I believe provides a more than adequate answer to the question of the current dominance of transient methodology. 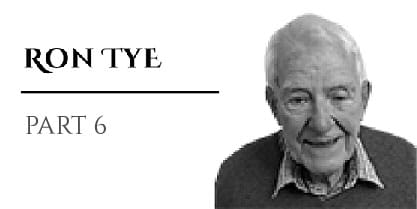 RENAISSANCE MAN –​ Towards the Unattainable Perfection