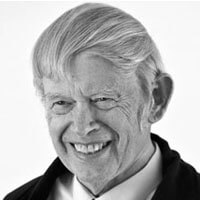 Silas E. Gustafsson is the founder and chairman of Hot Disk AB, established in 1995, and recognized as an official research organization by the Swedish Government. Gustafsson is the retired leader of the research group at Chalmers University of Technology, where he and his colleagues first introduced the transient plane source (TPS) method. This new method allowed scientists to directly measure thermal properties with more ease and precision, and is currently used in laboratories all over the world. Dr. Silas E. Gustafsson’s path to success began in the 1980’s when he and his wife started the company, Thermetrol AB, to sell and market the thermal measurement equipment he had developed. From there, Thermetrol partnered with K-analys AB to form Hot Disk AB. Gustafsson has collaborated with several research organizations throughout the years, including the Wright Patterson Air Force Base in Ohio, where he was the leader of a team studying heat conduction. In 2014, he was the invited speaker at the Thermophysics Conference, where he presented his paper titled: Possible Ways of Measuring the Thermal Transport Properties of Anisotrophic Materials. Dr. Gustafsson was awarded the “ITCC Thermal Conductivity Award” at the 27th International Thermal Conductivity Conference in 2003. In a career spanning 50 years, he has published over 80 papers, and his work has inspired countless further research projects, having been cited more than 2000 times. As the creator of the TPS technique, his continued dedication to research and development makes Gustafsson one of the most respected founding fathers of modern thermal conductivity.