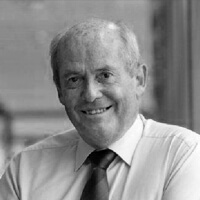 William A. Wakeham is a Britain born chemical engineer, specializing in thermodynamics – particularly the thermophysical properties of fluids and intermolecular forces. Holding undergraduate and graduate degrees in physics from Exeter University, Wakeham served as a research associate at Brown University before returning to the UK to lecture in the Department of Chemical Engineering at Imperial College London, where he later took on the role of Head of Department. In 1996, Dr. William Wakeham was appointed Pro-Rector of research and resources and subsequently Deputy Rector at Imperial College. He later moved to take on the role of Vice Chancellor at the University of Southampton, before retiring in 2009. In addition to his roles within the universities, Professor Wakeham has been Chair of the University & Colleges Employers Association, the Employers Pension Forum, and member of the board of SEEDA. He has also been recognized by the award of several international prizes, including being Knighted in the Queen’s Birthday Honours List in 2009, for services to chemical engineering and higher education, and a Touloukian Medal holder from the American Society of Mechanical Engineers in 1997. In 2014, the Imperial College of London instituted the annual Sir William Wakeham award, to recognize early career researchers who have made a significant contribution to their research field. Until 2016 Wakeham held the post of Vice-President and Honorary International Secretary of the Royal Academy of Engineering, and he is currently Chairman of SEPnet and Exeter Science Park. With a lifelong career devoted to research and leadership, over 400 research items and 10,000 citations to his name, Wakeham is undoubtedly considered a founding father of modern thermal conductivity.

Most Cited Works by William A. Wakeham:

Selection of Work by William A. Wakeham: