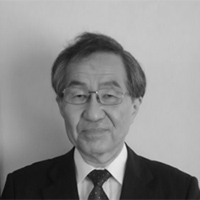 Specializing in the standards and metrology of thin film thermophysical properties, Dr. Tetsuya Baba graduated from the University of Tokyo, earning a Doctor of Science degree in 1979. Baba currently works as the senior researcher of TherMAT and is an emeritus researcher at the National Institute of Advanced Industrial Science and Technology. In addition to his career, Tetsuya Baba is an active speaker at various thermophysical conferences and has more than 100 scientific publications to his name. He is a member of the International Committee for Weights and Measures, and Chairman of the Japan Society of Thermophysical Properties and Working Group 9. Dr. Baba was instrumental in the development of a thermophysical properties database and has patents for several inventions, including the ultra-fast laser flash method and the response function method to analyze heat diffusion. Recipient of the 32nd Ichimura Award, and the 25th International Thermal Conductivity Conference Award, Tetsuya Baba is undoubtedly considered a Pioneer of Thermal Conductivity for his outstanding contributions to the scientific community.

Most Cited Works by Tetsuya Baba:

Selection of Work by Tetsuya Baba: