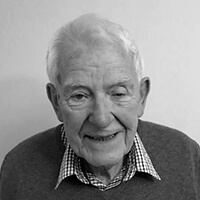 During the 1960’s, Ronald P. Tye and his colleagues established the internationally recognized measurements laboratory, Dynatech. The company provides research, development, and consulting services in the fields of chemical and mechanical engineering to various industrial and governmental clients, while developing many testing instruments. In 1977, he was a recipient of the “Fellows of the ITCC” award at the 15th International Thermal Conductivity Conference, for his work with Dynatech R&D. Tye took on the roll as Division Manager at Fiber Materials Incorporated before he returned as Engineering Director of Dynatech, where he established and marketed new thermal technology internationally, outperforming much of the nation’s top electronics companies. In 1986, he was the recipient of the “ASTM International Award of Merit” and the “ASTM International Honors Award”, and later received the “ASTM International Award of Appreciation” in 2000. Tye is an author and co-author of seven books, over 150 research papers, and has more than 700 citations. In 2005, Ronald P. Tye received the “ECTP Lifetime Award”, to honour his outstanding scientific research on thermophysical properties. Today, Tye continues to contribute to research and development at the National Physical Laboratory in the UK. With his lifetime dedication and contribution to the scientific community, and his numerous awards and achievements, it is evident why Ronald P. Tye is considered a founding father of modern thermal conductivity.

A Study of the Effects of Moisture Vapour on the Thermal Transmittance Characteristics of Cellulose Fibre Thermal Insulation.
Journal of Building Physics, 2(4): 175-196.
Tye, R.P., Spinney, S.C. 1979.

The Development of a Standard for Contact Transient Methods of Measurement of Thermophysical Properties.
International Journal of Thermophysics, 26(6): 1917-1938.
Tye, R.P., KubiČár, L., Lockmuller, N. 2005.
Further consideration of temperature measurement and control in thermogravimetry.
Thermochimica Acta, 243(2): 223-230.
Tye, R.P., Maesono, A., Masuda, T. 1994.
The thermal and electrical conductivities of zirconium and of some zirconium alloys.
Journal of the Less Common Metals, 3(3): 202-215.
Powell, R.W., Tye, R.P. 1961.
Application of new instrumentation and measurement techniques to thermal analysis of materials.
Journal of Thermal Analysis, 40(3): 971-981.
Tye, R.P., Maesono, A. 1993.
Some electrical resistivity measurements on a series of iron-chromium alloys.
The Philosophical Magazine: A Journal of Theoretical Experimental and Applied Physics, 6(67): 857-862.
Powell, R.W., Tye, R.P., Woodman, M.J. 1961.