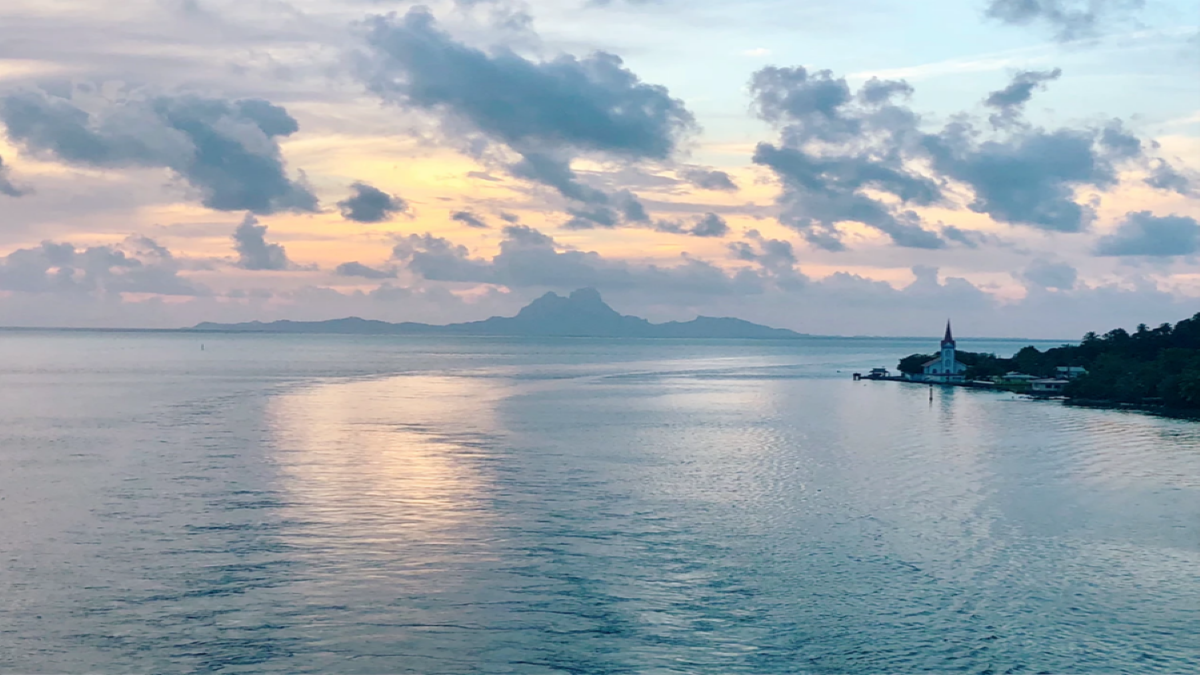 A brief introduction to the unique thermal properties of water and its resistance to heat flow.

Water is undoubtedly one of the most important substances on earth. Without water, there would cease to be life on our planet, as all living organisms need it to survive. The irreplaceability of water can be largely attributed to its unique molecular structure as it can exist in all three states of matter (solid, liquid, and gas) within a relatively narrow temperature range. Both water and steam are commonly used fluids for heating and cooling processes due to their high availability and heat capacity.

Heat capacity describes the amount of heat required to raise the temperature of 1 gram of a substance by 1 degree Celsius, or put more generally, how well a substance can resist a change in temperature. A kilogram of water can absorb an impressive 4.184 kJ (1 calorie) of energy before experiencing a temperature increase of 1ºC.  For comparison’s sake, it only takes 0.385 kJ of energy to raise 1kg of copper by 1ºC. This difference in values demonstrates why the scientific community refers to water as being hungry for heat. Water’s natural ability to capture heat is what makes it an excellent thermal regulator as it can easily control the temperature of the surrounding environment. The high heat capacity of water also explains why coastal regions often experience a more moderate climate than regions located further inland. The larger bodies of water that are characteristic of coastal environments absorb and store a substantial amount of heat compared to the lower density arid regions located further inland. Water stores heat significantly better than air due to its higher density and heat capacity. These two thermal properties are what allow water to store more energy per unit of mass than the same amount of air would. 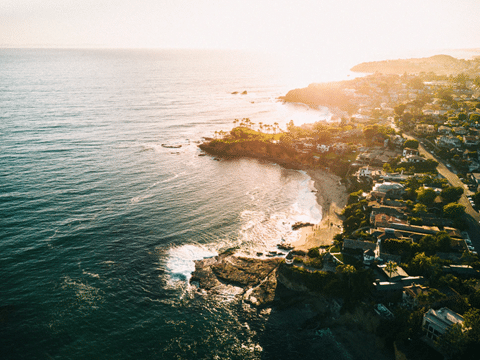 Figure 1: Coastal community in California – these areas are densely populated due to their milder annual climate

The high heat capacity of water is the main contributor to its excellent heat absorbing and storing capabilities; however, it can also negatively impact water’s ability to transfer heat effectively. In terms of heat conductivity, water is classified as a poor thermal conductor and acts as an insulator by resisting the flow of heat through it. Since water molecules are “greedy” and love to hold on to the heat they absorb, they are extremely reluctant to exchange this thermal energy with other molecules and substances in their surrounding environment. 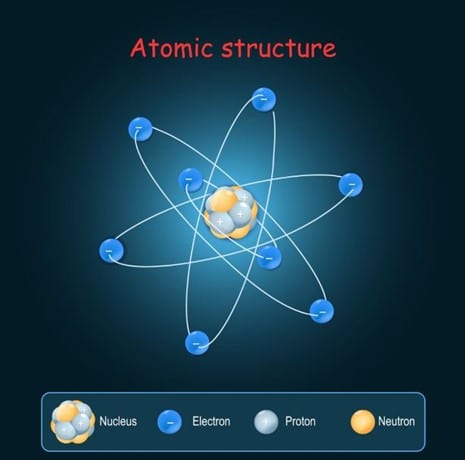 A simple lab experiment can be conducted that is great at indicating the low thermal conductivity of water. In this experiment, an ice cube is placed at the bottom of a narrow glass test tube and held there by a piece of gauze. Once the ice cube is secured by the gauze, the remainder of the test tube is filled up with water. When the test tube is heated, the water located at the top of the test tube starts to boil as its temperature approaches 100ºC. Even as the water starts to boil near the top, the ice cube remains relatively stable at the bottom of the tube, but why? Water, like most other liquids and gases, is a poor thermal conductor because most of the heat transfer occurring in water happens via convection currents that stay near the top of the test tube. These heat cells that are moved and transferred due to convection, fail to reach areas lower in the tube near the ice cube, resulting in a much slower temperature increase in this area. 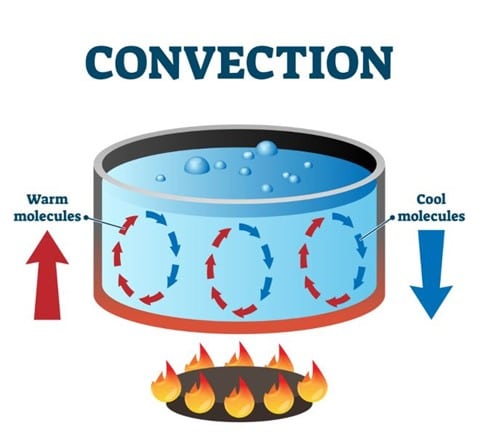 Figure 3: Convection currents facilitating the transport of heat in water.

In the case of water, the heat conductivity is not solely a factor of how many free electrons are present. Liquids in general are poor thermal conductors due to the way that they move. As demonstrated by the experiment described above, as the water heats up it forms convection currents that move heat around, however, these currents do not distribute heat evenly throughout an entire medium or environment.

Another factor that contributes to the high variability in the thermal conductivity of water is the presence of dissolved ions or molecules. When these dissolved substances combine with the uneven heat movement of convection currents in water their presence can have a major impact on the ability of water to transport heat and/or electricity. Water is regarded by the scientific community as the “universal solvent”, as it is one of the only materials on earth that can dissolve the widest range of substances.

Ultra-pure water that has been deionized (had all of its electrons removed) will act= as a strong insulator. If a small amount of table salt (NaCl) is added to this “pure water”, the thermal conductance and the ability of water to carry an electrical current would increase dramatically. Pure water can also be referred to as distilled water and is often formed from condensed steam. In our daily lives, we rarely come across pure water as it will often dissolve the substances located around it. The more solute and ions that are present in a sample of water, the larger the capacity for electrical transfer will be and the higher the thermal conductivity. 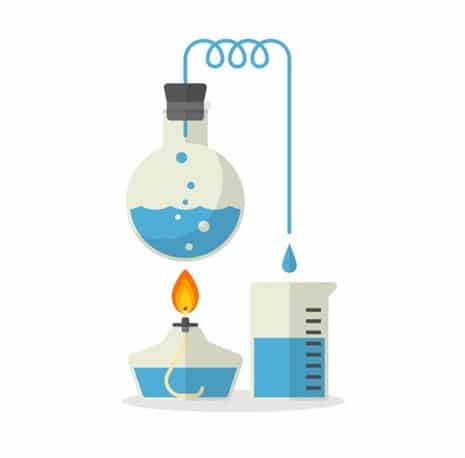 K-value and movement of water molecules

Physicists, chemists, and many other scientists rely on the thermal properties of water to hold as a universal constant to calculate the unique properties of other materials relative to how they behave in interactions with water molecules. It is common to see the thermal conductivity of a material simplified to be its “k-value” with the thermal conductivity of water referred to as Kw. The thermal conductivity of water at 20ºC is roughly 0.6 W/(mK), and specifically relates to the kinetic energy of water molecules. The prominent role that kinetic energy has in terms of regulating a material’s heat transferring abilities can be directly observed by analyzing the velocity and collision distance between the molecules. In general, the higher the collision velocity, the higher the k-value will be. If there is a larger collision distance, it will pose a greater challenge for molecules attempting to collide and result in a lower k-value. For liquids that do not have hydrogen bonding present, as the temperature of the surrounding environment increases the collision distance also experiences an increase. This is due to a lower substrate density which results in lower thermal conductivity. When water that is below a temperature of 130ºC experiences an increase in temperature, the water molecules will exist as clusters due to hydrogen bonding. Instead of each molecule being pushed further apart, collision velocity will increase, resulting in higher heat conductivity. At temperatures above 130ºC, most hydrogen bonds are broken down and water molecules will begin to behave differently. If the temperature continues to increase beyond the temperature of 130 ºC so will the collision distance between molecules which will result in even higher heat conductivity.

The complexity and variability of the thermal properties of water molecules are what make this substance one of the most unique on our planet. It is one of few known molecules that can act as both a thermal insulator and electrical conductor. Water is the building block for many macromolecules and chemicals that helped create life as we know it today. The exact thermal conductivity value of water is significantly lower than many other substances which are mainly due to its transport of heat currently through convection. However, where water lacks in its ability to transport heat, it makes up for it in the ability to store and hold excess heat without releasing it to the environment.

Which Is the Best Conductor of Heat: Water or Aluminum? (n.d.). Education – Seattle PI. Retrieved May 6, 2021, from https://education.seattlepi.com/conductor-heat-water-aluminum-4124.html