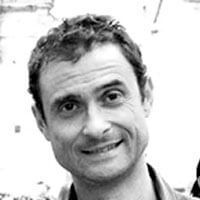 While attending the University Henri Poincare (Nancy, France), Celzard received a Master’s Degree in Chemical Physics in 1992, and a PhD in Materials Science in 1995. Since 2005, Celzard has held the post of full-time professor at l’École Nationale Supérieure des Technologies et Industries du Bois, engineering school in Epinal, France. In 2010, Celzard was appointed as the Junior member of the University Institute of France. Celzard’s interests include applications in catalysis, depollution, energy and gas storage, with disordered, porous and related materials such as composites, nanoporous adsorbents and macroporous solid foams. Celzard has accomplished many academic achievements over the years, and has been awarded many honors at national and international levels. More recently, this is the second time that one of his PhD students has received the French Carbon Society Award, presented at the World Carbon Conference held by PennState, earlier in 2016.