A Major Breakthrough in Understanding the Thermal Conductivity of Black Phosphorus

If you are not an expert in the world of 2-Dimensional materials and electronics design, you can be forgiven for not having heard about black phosphorus. Black phosphorus is the more stable form of white phosphorus, and is created by placing the latter under extreme pressure. It has similar characteristics to its more famous 2-D peer, graphene, however of the two it is the only one that possesses a band gap. This band gap is what makes researchers so excited about the prospects of black phosphorus, as its presence means that this material can act as a semi conductor, a crucial characteristic needed for materials with a future in electronics development. A band gap essentially enables the electrical conductivity of the material to be turned on and off.

Last month, researchers at the U.S. Department of Energy’s National Lawrence Berkeley Lab experimentally observed a characteristic of black phosphorus nanoribbons that had previously only been predicted in theoretical models, strong anisotropic in plane thermal conductivity. Lead authors Sangwook Lee and Fan Yang and corresponding author Junqiao Wu were members of the team that studied the in plane thermal conductivity in the armchair (AC) and zigzag (ZZ) directions (Figure 1). What they discovered was that heat travelled at much different rates along those different directions. 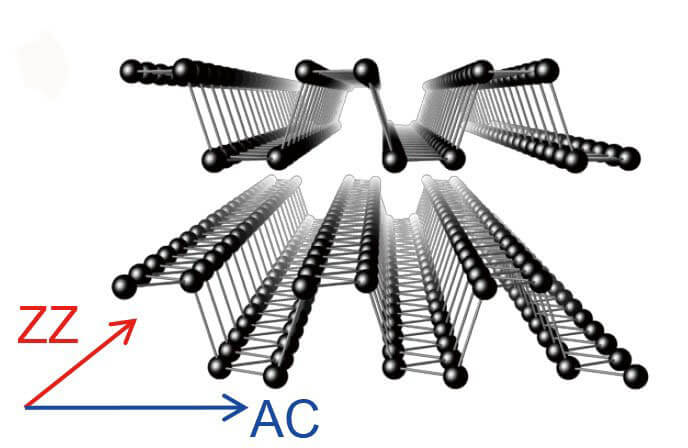 Figure 1. Illustration from the Berkeley Lab showing the directions of measurement of in plane thermal conductivity of black phosphorus. Credit: Berkeley Lab

The implications of this discovery are enormous for future electronic and optoelectronic design as it indicates that thermal and electrical conductivities have opposite anisotropy. As Junqiao Wu puts it: “This anisotropy can be especially advantageous if heat generation and dissipation play a role in the device operation. For example, these orientation-dependent thermal conductivities give us opportunities to design microelectronic devices with different lattice orientations for cooling and operating microchips. We could use efficient thermal management to reduce chip temperature and enhance chip performance.” Essentially, the opposite anisotropy of thermal and electrical conductivities means that a device made with this material would not only strongly conduct electricity, but would also be able to shed heat quickly, making it more efficient. Wu also suggests that thought should be put into the orientation of patterns when this material is layered and put into different shapes for microelectric devices. The Berkeley team is continuing their research on black phosphorus, including exploring the impacts of pressure and stress on its thermal performance.

For the electronics world, this could be an exciting first step to replacing silicon as the main semi conductor used in electronics, as its size limitations means devices made using silicon will not be able to get much smaller than they are now. Many experts believe that the electronics of the future will make use of a 2-Dimensional material, and with this breakthrough, it is looking more likely that black phosphorus has the characteristics to be it.

To read the full Berkeley Lab news release, including excerpts from an interview with Junqiao Wu,  please visit:

A copy of the research paper published by the team in Nature Communications can be found at: http://www.nature.com/ncomms/2015/151016/ncomms9573/full/ncomms9573.html