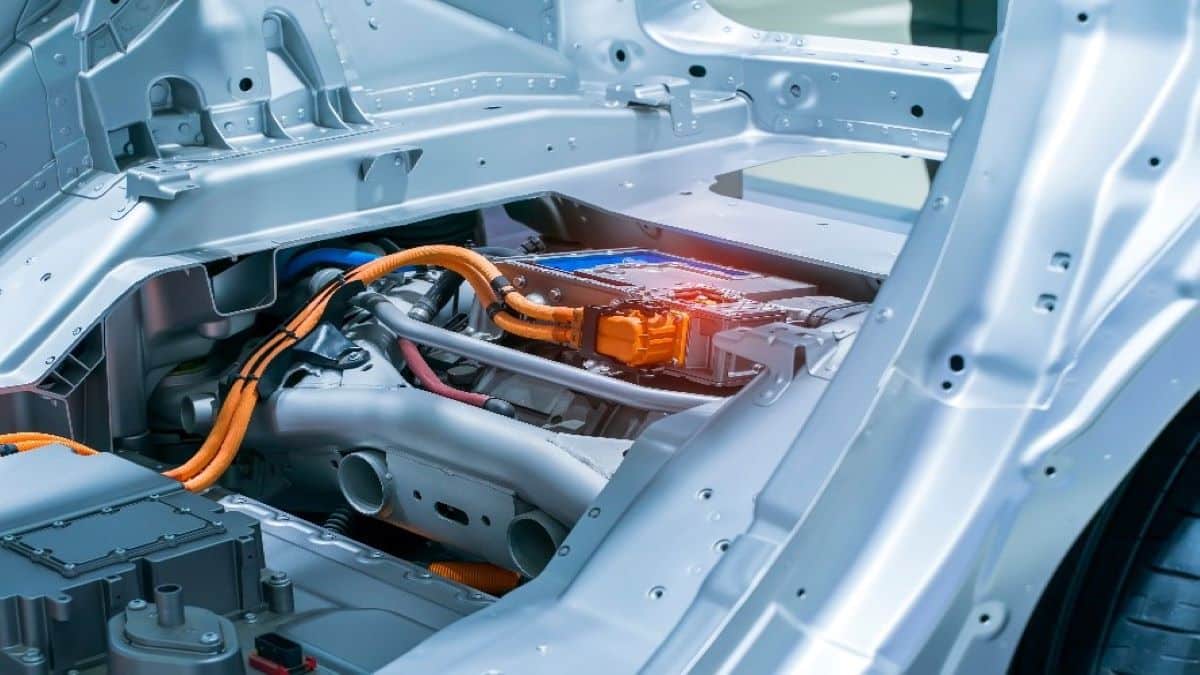 Amid an era of astronomically high gas prices and constant shortages of hydrocarbon fuels, it is not surprising that consumers are starting to seek out alternative transportation and energy harvesting methods that don’t demand excessive amounts of gasoline to power them. This increasing preference for alternative fuel sources is becoming even more exaggerated as the global concern surrounding our rising CO2 emissions and climate change continue to grow. This preference for environmentally conscious options is causing a shift in a consumer’s mindset that can be highlighted by the substantial amount of growth the hybrid and electric vehicle market has received over the past decade. Electric vehicles offer an energy-efficient and environmentally friendly replacement for conventional, gasoline-powered vehicles as they rely on large rechargeable batteries to provide them with energy as opposed to gasoline or diesel. Several different battery chemical compositions can be used to generate the energy required to power an electric vehicle; however, lithium-ion batteries are by far the most popular due to their high charge-to-weight ratio that delivers the greatest amount of energy while taking up the least amount of space.

Despite the popularity of rechargeable batteries only starting to take off in recent decades, the idea behind these energy-producing power banks has been around since the late 1800s, when the first rechargeable battery was created using a unique mixture of lead and other acidic elements. This relatively simple design of lead and mainly sulfur plates was quickly replaced by the lithium-ion battery following its debut in the 1980s due to them being significantly lighter and able to hold a greater charge for a longer period than their lead acid counterparts. Lithium-ion batteries’ compact and lightweight design is the main reason this variety is mostly used to power small, handheld electronic devices such as laptops or cell phones. Until recently, these markets generated most of the demand for lithium-ion batteries and sparked substantial consumer interest regarding the full extent to which the chemical composition of this type of battery can be used for other applications, including in electric and hybrid vehicles. 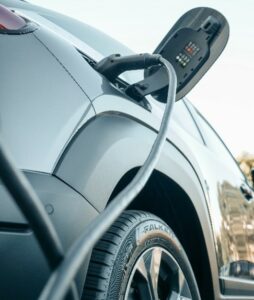 Lithium is one of the lightest and least dense solid elements on earth and became a key component of battery anode material in the late 20th century due to its high electrochemical potential. Batteries are not solely comprised of lithium as many contain several other types of metal, including cobalt, manganese, nickel and phosphorous. All of which are currently at risk of experiencing exploitation shortages due to their widespread use in battery manufacturing. Most of the lithium used to produce batteries comes from two main sources: hard silica minerals known as spodumene found in pegmatites or from within brine lake deposits that house lithium chloride. The exploitation of lithium carbonate from spodumene is significantly more energetically intensive and expensive due to several extraction procedures that must be employed compared to sourcing the battery mineral from brine. Most of the lithium that is recovered from brine deposits is from Chile, with smaller amounts being sourced from China, Argentina, and the USA.

Despite the internal mechanics of a battery seeming rather complex, these ionic powerhouses follow a relatively straightforward electrochemical design in which lithium atoms are ionized and separated from their electrode at the anode location within a battery cell. The lithium ions then follow a straight trajectory through the electrolyte until they reach the cathode, recombining with their electrons and becoming electrically neutralized. Most lithium batteries will use an ether compound as an electrode, a specific class of organic carbon molecules. Some electrode combinations will even include a manganese oxide mixture or a phosphate mixture, the latter of which is an extremely popular combination in hybrid and electric vehicle batteries.

Lithium-ion batteries can offer users several advantages that other high-quality rechargeable battery technologies that use nickel-cadmium or nickel-metal hydride mixtures cannot. Because lithium is the third smallest element in the periodic table, it possesses a high voltage and energy storage capacity relative to its small mass and volume. It also has one of the highest energy densities of any battery currently on the market at 100-265 Wh/kg. Lithium-ion batteries also have a 100% charging efficiency compared to their main market competitor, lead acid batteries which only possess a charging efficiency of 85%. This added efficiency is extremely important for solar-powered batteries that need to capture as much energy as possible before the sun dips behind a cloud or a sequence of rainy days occurs. Another benefit of using lithium-ion batteries compared to lead acid is their ability to maintain their charging and energy-producing abilities in extremely cold or warm temperatures. This durability and persistence in less than favourable conditions are what make them a more reliable option than lead acid or other battery mixtures. Lithium-ion batteries are also relatively maintenance-free and have few placement issues meaning they do not need to be stored in an upright or properly ventilated compartment. This also allows them to be easily assembled into odd shapes, making them an ideal choice for squeezing as much power as possible into a small compartment or area. 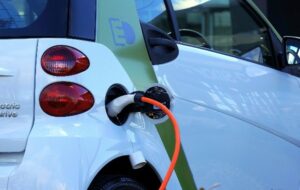 Despite the list of benefits lithium-ion batteries possess seeming somewhat endless compared to their competition, they have a history of generating a significant amount of concern regarding their high likelihood of spontaneously catching fire. This rather dangerous issue was linked to the battery’s increased tendency to overheat at high voltages due to poor thermal offloading, which resulted in some rather disastrous consequences, including the forced grounding of an entire fleet of Boeing 787 airplanes that were experiencing many onboard battery fires. These issues resulting from internal thermal runaways have since been addressed by incorporating additional ventilation into the design of lithium-ion batteries to ensure they can effectively offload as much of their internal heat as possible. Although lithium-ion batteries cost up to 40% more to produce than nickel cadmium batteries (Ni-Cd), they lack the presence of the toxic element cadmium, which makes them easier to properly dispose of and recycle. The recycling ability of lithium-ion batteries is one of the main reasons why they have been able to displace Ni-Cd batteries as the market leader in portable electronic devices such as smartphones and laptop computers.

The concern surrounding the likelihood of spontaneous fires occurring during the use of lithium-ion batteries remains an issue. As a response, a significant amount of research is being devoted to gaining an understanding of the full suite of thermal properties these elemental materials possess. When a battery is charging or discharging energy, it will naturally generate a significant amount of heat that will need to be effectively dissipated to prevent internal battery temperature spikes. If either the charge-discharge rate or the electrode thickness is dramatically increased, the battery’s temperature will also increase as a result. Extreme temperature changes within a battery cell will damage the internal performance of the materials making up a battery and reduce the battery’s service life. This will lead to other undesirable consequences such as expansion, electric leakage, fire, or explosion. In terms of the use of lithium-ion batteries in electric vehicles, thermal expansion or thermal runaway can pose a significant risk to the safety of the passengers, which is another reason why it is crucial to properly analyze all the thermal components of a battery before deploying it in an electronic device or moving vehicle.

Heat generation and transfer within a battery

Heat generation within a battery is mainly comprised of reversible or irreversible heat that is generally determined by the entropy co-efficient during battery charging and discharging. If heat dissipation is hindered, excess heat will accumulate within the battery cell, causing the internal temperature to rise. Irreversible heat is generated by the overpotential charge that occurs during charging and discharging. Most of the heat generated inside of a battery is located near its core, specifically, the negative electrode with the thickness of the electrode directly correlated with the discharge rate, and the minimum and maximum temperatures the entire battery unit will experience. Because of this direct relationship between electrode thickness and thermal sensitivity, a manufacturer will only increase the electrode thickness if they need to increase the capacity of a battery. Increasing the overall battery capacity could also result in an increase in specific resistance and the electric charge transferring abilities of a battery cell. A standard-sized lithium-ion battery has been calculated as having an average thermal diffusivity of 1.5 x 10-15 m2/S at the positive electrode and thermal conductivity of 5 W/(m/K) at the positive electrode, 0.334 W/(m/K) at the separator and 1.04 W/(m/K) at the negative electrode.

A thermal conductivity value is indicative of a material’s ability to move heat through it. Materials such as metals and several types of minerals have extremely high thermal conductivity values compared to materials made of wood or fabric that naturally possess insulating abilities. Most of the heat that is generated within a battery is removed by various cooling methods such as air cooling, liquid cooling, or PCM cooling. Air cooling is currently the most used battery cooling method and utilizes force and an accelerated airflow around the battery, thus improving the heat exchange rate between the battery and the outside environment. This method remains the most widely used because of its simplicity, convenience, and low installation cost.

As the global demand for electric vehicles continues to grow throughout the coming decades, scientists will need to continuously research and design more effective battery cooling methods that will protect the passengers of the vehicle from experiencing any negative side effects associated with a lithium-ion battery fire. Being able to analyze and quantify the thermal properties of lithium-ion batteries is one way of achieving this and will assist scientists and engineers in attempting to construct the best and most effective heat offloading apparatuses for both electric vehicles and other applications of lithium-ion batteries. A better understanding of lithium-ion recycling methods will also be required to ensure that once these batteries lose functionality, they will not end up causing more harm than good once placed in a landfill or improperly disposed of. Although there is still a substantial amount of research required to fully understand and properly utilize the energy stored in lithium-ion batteries, the applications they have been used for to date has shown that these batteries have a promising potential of lowering the global carbon footprint and creating both environmentally and energy friendly solutions to many types of climate change inducing technology that is currently being used.