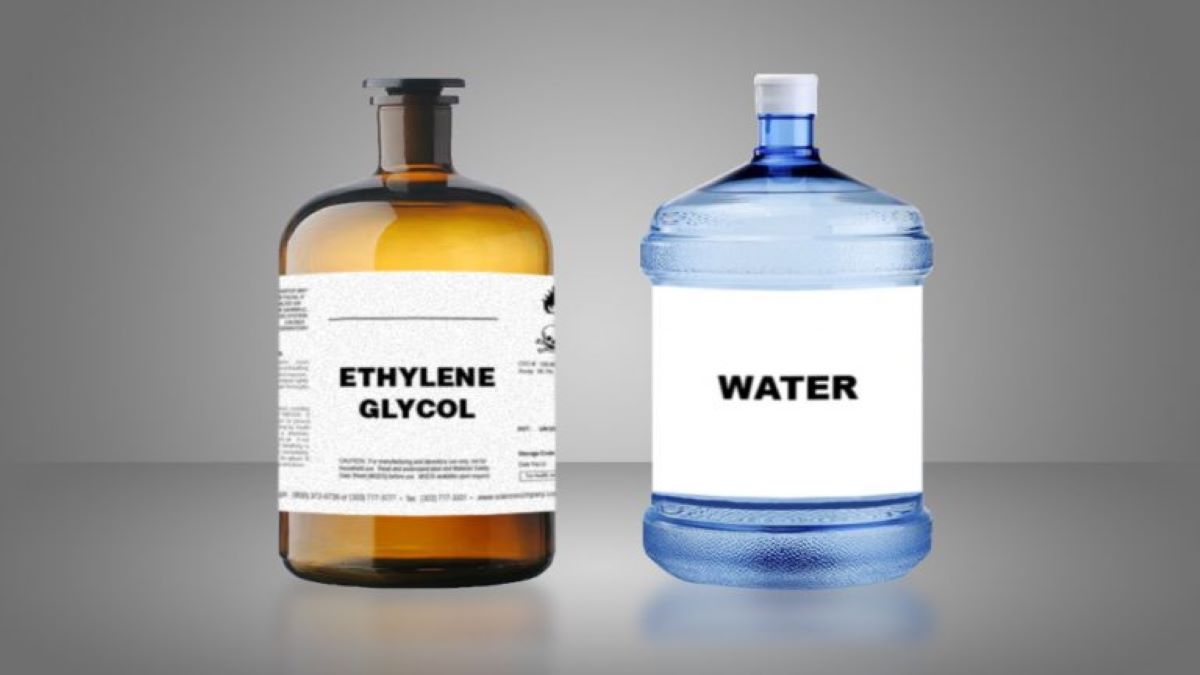 At Thermtest, the Transient Hot Wire Liquid Thermal Conductivity Meter (commonly known as the THW-L2) is used as a measurement system for determining the thermal conductivity of liquids and pastes. This system follows the ASTM D7896 standard, an international standard for thermal conductivity measurements. Confidence in results can be expected, as the THW-L2 has an excellent repeatability, typically better than 2%, and high accuracy, typically better than 5%.

In the article Thermal Conductivity, Density, Viscosity, and Prandtl-Numbers of Ethylene Glycol-Water Mixtures (Bohne, Fischer, & Obermeier, 1984), the thermal conductivity, density, and viscosity of ethylene glycol (EG) – water mixtures were measured. For this research, thermal conductivity was measured with a concentric cylinder device in the temperature range of -20°C to 180°C, at saturation pressure. The absolute method was utilized, and convection effects were avoided by having the concentric cylinders rotate about their horizontal axes.

Unlike the methods employed in the article, the THW-L2 can identify the thermal conductivity of a liquid or paste in a much simpler way. This is accomplished by preparing a small sample of the liquid or paste, pouring it into the sample holder, and vertically inserting a sensor into place within the holder. The experiment is then performed, and the results can be saved, printed, or exported to Microsoft Excel for further use. There are no extra steps that need to be taken and the thermal conductivity results can be obtained instantaneously with the push of a button on the front panel of the instrument, or through the Windows based computer software.

Recently, researchers at Thermtest performed measurements of the thermal conductivity of water mixtures with varying concentrations of ethylene glycol. Studying the thermal properties of EG is important as it is one of the most commonly used solvents. EG is most often used as an antifreeze or coolant in vehicles, and it is useful to know its thermal conductivity in a variety of conditions, concentrations, and temperatures. 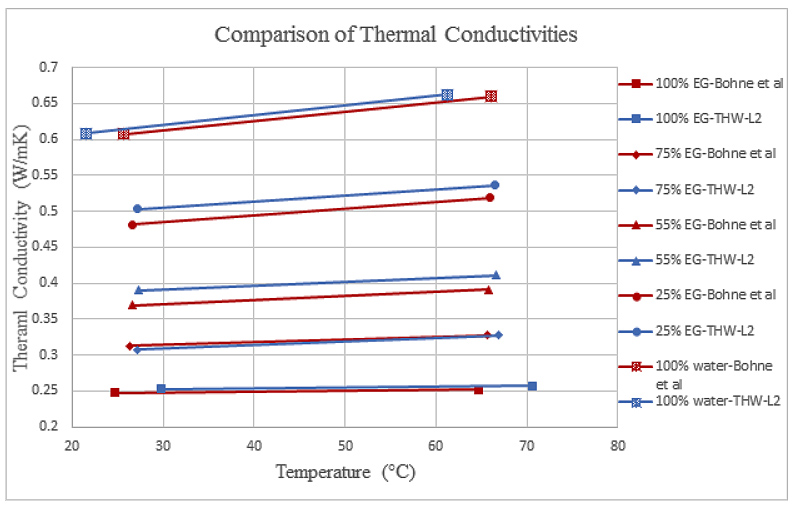 From these comparisons, it can be observed that all the thermal conductivity values are at least within 5% of one another. This close accuracy and agreement between the experimental and reference values demonstrate the excellent accuracy of the THW-L2 system, which makes it an ideal choice for providing accurate and precisely measured thermal conductivity values of liquids.

As previously mentioned, Bohne, Fischer, and Obermeier avoided convection effects in their measurements by having the concentric cylinders rotate about their horizontal axes. The thermal conductivity measurements performed with the THW-L2 also did not include any convective effects. The THW-L2 utilizes a non-stationary measurement approach and rapid test times (less than 2 seconds in duration) to limit the convective effects for samples that have a wide range of viscosities. With this thermal conductivity testing method, ease of operation and speed are the top priorities, therefore, accurate measurements are ensured with these parameters in mind.