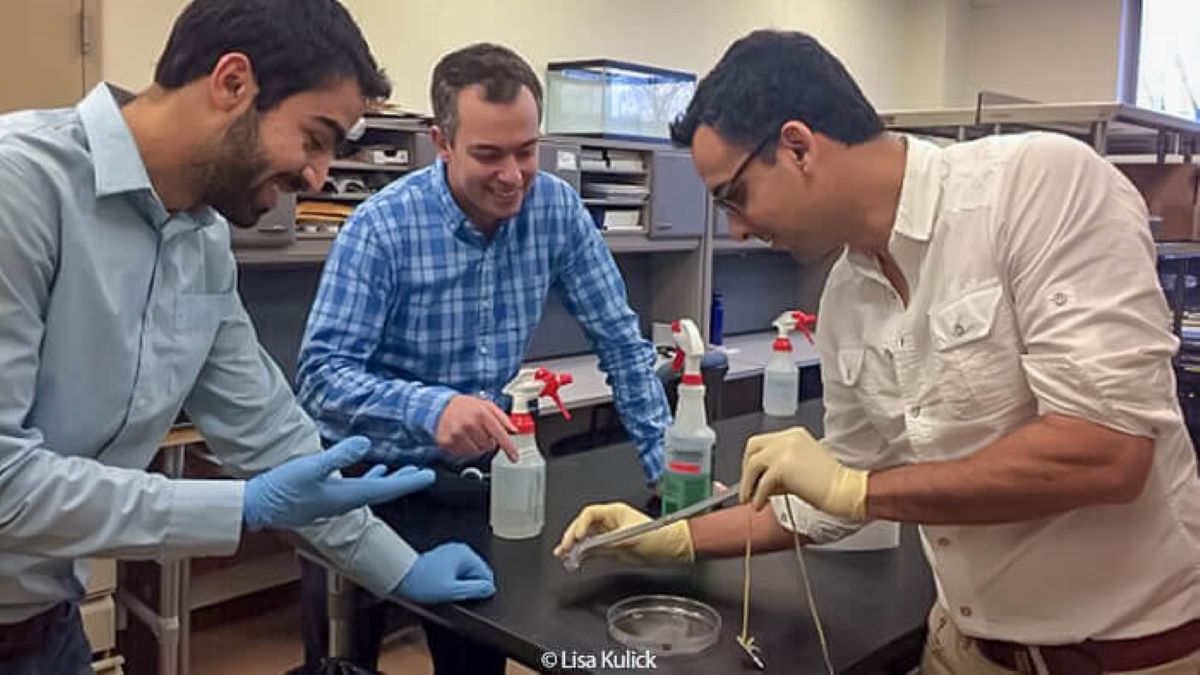 Researchers at Carnegie Mellon create ‘Thubber’, a material that may revolutionize how we use electronics

Have you ever wondered why portable electronics are always rigid? Although technology has managed to create devices that are smaller, thinner, and lighter, there are no products on the market capable of bending or folding for easier transport and storage. Manufacturers have not yet achieved the ability to create flexible devices due to the constraints of heat dissipation. Electronics require a material that can remove the heat produced during operation; otherwise, the components will overheat. Electrically insulating materials that have the high thermal conductivity needed to perform this task have historically always been rigid, and therefore flexible computing devices have not been possible. The general rule was the more flexible the material, the lower the thermal conductivity. 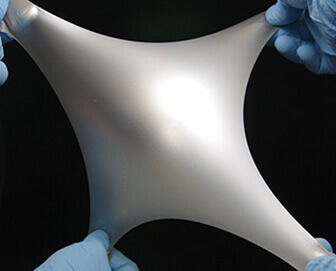 Last month, researchers Carmel Majidi and Johnathan Malen at Carnegie Mellon University announced they had developed a novel material LMEE that had both the ability to stretch like rubber and had a high thermal conductivity, which they nicknamed ‘Thubber’. This incredible material was created through the addition of liquid metal microdroplets to a deformable silicon elastomer. Laboratory testing showed that the addition of these microdroplets increased the thermal conductivity of the base material by 25% when it was under no stretching stress, and by 50% when it was put under strain (stretched).

This large increase in thermal conductivity is a result of the in situ elongation of the liquid microdroplets as the material stretches, which creates thermally conductive pathways to boost the level of heat transfer. The team also discovered that some of these elongated pathways remain in place even after the strain has ceased, which enables the material to retain a higher thermal conductivity than it had in its original state even when it is not under any stress.

In order to demonstrate the range of applications possible with this new material, the research team used thubber in two different scenarios. The first used thubber to create an artificial muscle to power a robotic fish, in order to showcase the applications of this material in soft robotics technology. By sealing the wires to power the fish into the LMEE, they were able to discern improvements in the flexibility and forward swimming of the robot.

The second scenario involved using a strip of LMEE to hold a high powered LED light. This light can be used as a safety feature by cyclists and joggers at night. In previous scenarios, attaching a heat source like this LED light to silicon elastomers that did not have the liquid metal microdroplets led to heat degradation of the light and potential burns to the person wearing it.The LMEE in this example efficiently dissipated the heat, allowing the device to functionally properly and the wearer to use it safely.

According to Johnathan Malen, this experiment is an exciting example of how this material could revolutionize wearable computing and flexible electronics. “Until now, high power devices have had to be affixed to rigid, inflexible mounts that were the only technology able to dissipate heat efficiently. Now, we can create stretchable mounts for LED lights or computer processors that enable high performance without overheating in applications that demand flexibility, such as light-up fabrics and iPads that fold into your wallet.” 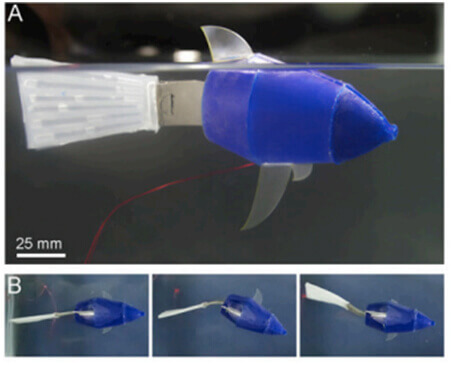 To learn more about this fascinating material, please read the press release from Carnegie Mellon University, and follow to link to the full article published in the Proceedings of the National Academy of Science of the United States of America (PNAS) below.

Photo Source: Proceedings of the National Academy of Science of the United States of America (PNAS)