A team of researchers from the Department of Materials Science and Engineering and the Energy Research Center at the University of Maryland has published a paper describing how they have turned wood transparent. In the journal Advanced Materials Science, the study leader, Liangbing Hu, and the lead author, Tian Li, propose that their new product has several characteristics that give it an edge over traditional glass for use in windows. Glass has long been an annoyance to those trying to improve thermal balance in homes, it has a relatively high thermal conductivity that results in it being a poor insulator. Therefore it lets heat in during the summer, and heat out during the winter, making it the weak spot in the thermal envelope of a building. By switching to a material that is more insulating, we could make homes more energy efficient. 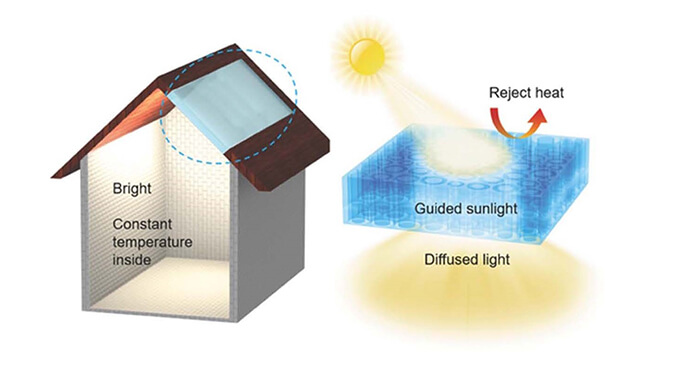 Figure 1. Image from the University of Maryland press release depicting how transparent wood windows solve some of the downsides of traditional glass windows.

The exact process used by the research team to create transparent wood has not been released, however, they write that they used a combination of bleach to remove the lignin and therefore the colour from the wood, and then epoxy to create a strong, clear finish. What they have shared fully are the interesting light diffusion qualities that this treatment results in. Unlike traditional glass that can produce a lot of glare depending on the position of the sun, the transparent wood filters the wavelengths of visible light through what were cellulose channels, resulting in a consistent light distribution through the room (Figure 1). The light filters through the channels the same way each time, therefore the lighting will stay constant as the sun moves across the sky during the day. By building a tiny model house with a pane of transparent wood in the ceiling, the team was able to observe that while the pane lets in slightly less light overall than traditional glass, it was much more evenly distributed. This so-called ‘haze’ quality is highly desirable. Also desirable is the strength of the product, the team has posted a video showing a sample being hit multiple times with a hammer, with no damage sustained.

Another benefit of these channels is that while they let the majority of the wavelengths of visible light through, they block most of the wavelengths that transmit heat, which helps to regulate the temperature within a building. The paper notes that the in-plane thermal conductivity of the transparent wood is 0.32 W/mK, while the cross plane is 0.15 W/mK. This is a much lower thermal conductivity than that of glass (1 W/mK), and therefore this product has far superior insulating qualities. The next step for the research team is to fine tune the process to make it more environmentally friendly, and prepare to produce this product on a larger scale.

To read more about this product, please follow this link to the new release from the University of Maryland: http://www.umdrightnow.umd.edu/news/wood-windows-are-cooler-glass

To learn most about the importance of insulation and thermal management in buildings, check out some of Thermtest’s application pages on the subject: