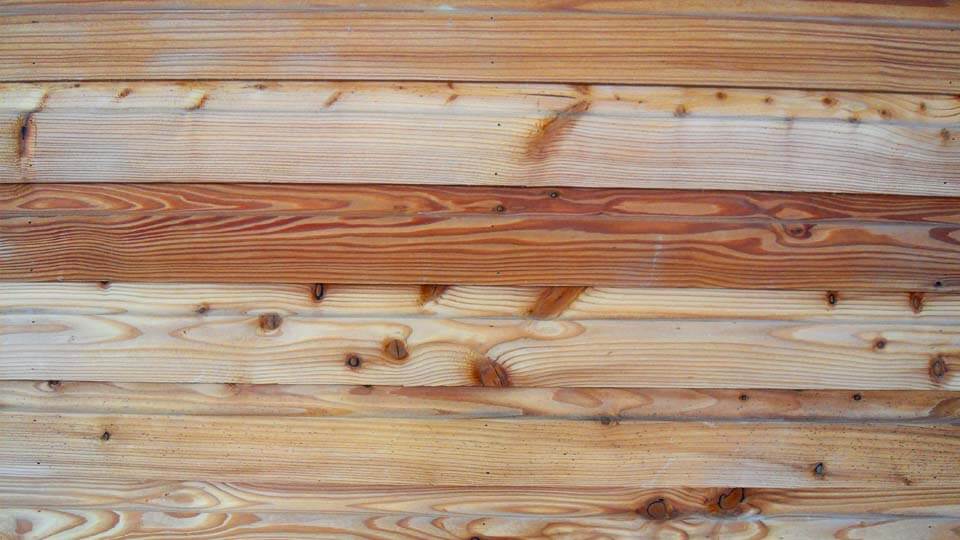 Where do the terms hardwood and softwood come from, you might ask? The common assumption has to do with density; the hardwoods have a higher density and are therefore more durable, and vice versa. In actuality, the name stems from the origin of the plant. Hardwood trees sprout from enclosed seeds, referred to as angiosperms, whereas softwood trees grown from uncovered seeds, gymnosperms, which germinate when blown around. Alongside the difference in origin, a variation in the structure of the two wood types is also present. Softwoods tend to have long, linear tubes for the transportation of water and stem strength, whereas hardwoods have pores. Hardwoods, such as oak and maple, tend to be used for applications such as deck boards and hardwood floors, while softwoods, such as fur, pine and spruce, tend to be used for lumber and decorative pieces.

Figure 1. Pine is used for an assortment of applications ranging from studs and trusses for home construction (left)1, to flooring and trim finishes for the inside of the home (right)2.

In this experiment, researchers at Thermtest set out to measure the thermal conductivity (W/m·K) of a pine disk at 20˚C using the Heat Flow Meter (HFM). The HFM has the capability of measuring the thermal conductivity and thermal resistivity of flat slab insulating materials such as foams, solids and textiles, by means of a steady state technique. The HFM measures the heat transfer properties of materials ranging in thermal conductivities from 0.005 to 0.5 W/m·K. The Heat Flow Meter can also simulate real world environmental temperatures, spanning from a cool -20°C and to a scorching 70°C, in accordance with ASTM C518-15 – Standard Test Method for Steady-State Thermal Transfer Properties by Means of the Heat Flow Meter Apparatus.

Figure 2. The Thermtest Heat Flow Meter (right), is a steady-state heat transfer system measuring the thermal conductivity and thermal resistivity of flat slab insulating materials, such as pine (left), from a single measurement.

To begin, a standard measurement was performed on a similar sized specimen of NIST SRM 1450d. Next, the pine sample (18.9 mm) was placed within the HFM and the standard measurement was loaded into the software. The parallel plates were then set to automatically adjust to the height of the specimen. The auto adjustment method employs the use of four digital encoders, one in each corner of the upper plate, which perform sample thickness measurements at their individual locations. An average of those thickness readings is then calculated and the upper plate is set to compress onto the specimen to the average thickness.

The two parallel plates, one on either side of the specimen, establish a steady state one-dimensional heat flux through the pine disk, at constant but distinct temperatures (ex: 10 ºC and 30 ºC). A temperature gradient, such as this, is set to mimic the heat loss from the interior to the exterior environment of a home. Although the size of the HFM chamber can accommodate for a sample as large as 12” X 12” X 4”, the heat flux transducers are positioned in the center of the upper and lower plates, allowing for any sample shape and a size as small as 6” X 6” X 0.4”. By appropriate calibration of the heat flux transducer(s) with standards, and by measuring the plate temperatures and plate separation, Fourier’s law of heat conduction is used to calculate thermal conductivity (λ):

When using the HFM, users can expect a degree of accuracy better than 3% and a repeatability within 0.5%. The results received match the suggested thermal conductivity of softwoods, of 0.12 W/mK, confirming the high accuracy of this instrument. The Thermtest Heat Flow Meter is a simple, rapid and accurate method for measuring the thermal conductivity of materials from a single, steady state measurement. 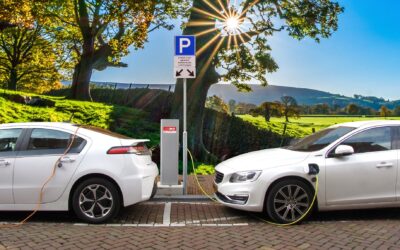 The Thermophysical Properties and Thermal Management of Electric Vehicles

How utilizing different thermal transport properties can influence the efficiency of a battery-powered electric vehicle. Introduction It is widely accepted that the global demand for electric vehicles is steadily increasing; however, there are still some significant...

END_OF_DOCUMENT_TOKEN_TO_BE_REPLACED 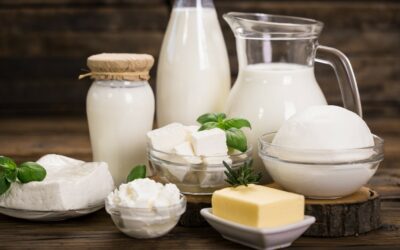 Applications of Heat Exchangers in the Dairy Industry

END_OF_DOCUMENT_TOKEN_TO_BE_REPLACED 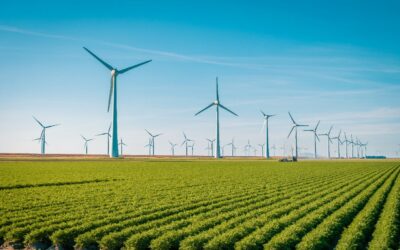 How subsurface thermal conductivity can impact the retrieval of geothermal energy and the application of this natural resource in the agriculture industry. Introduction The agriculture and food processing industry dominate the global market as one of the largest and...