What is thermal expansion? 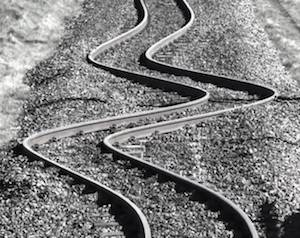 The thermal properties of a solid are a very important aspect in the design of factories and products. If thermal expansion is not considered during construction and design the result could be major structural damage in a machine or building. Countless measures have been taken to prevent this and many ingenious technologies are developed relying on this phenomenon. The amount that a material expands can be explained by considering a coefficient corresponding to the fractional growth of the material per degree change in temperature. This coefficient is called the coefficient of thermal expansion and is used to predict the growth of materials in response to a known temperature change. The larger this coefficient is for a material, the more it will expand per degree temperature increase. 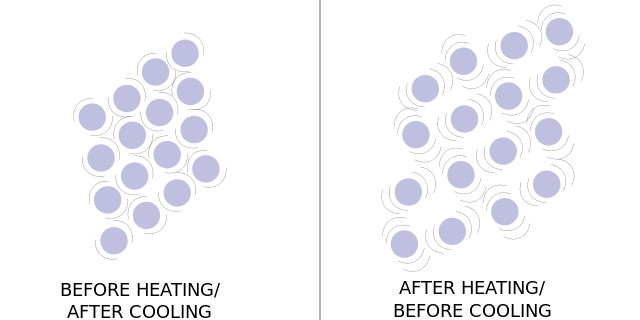 Figure 2: diagram of atomic vibrations before and after heating.

When a body is heated, it is accepting and storing energy in its atoms in the form of kinetic energy. This expose to an increased temperature causes an atom’s natural vibrations to grow stronger and more pronounced. This increase in vibration pushes against the inter-molecular forces, allowing the atoms or molecules to become farther apart and the body to grow larger. The amount by which a substance expands in reaction to a change in temperature is mathematically represented by a coefficient of thermal expansion. This coefficient is unique to each material and is based on their other physical properties. The higher a coefficient of thermal expansion a material has, the more it will expand in reaction to being heated.

Measurements of a change in volume caused by a physical or chemical process is called dilatometry. An instrument designed to measure the change in volume of some substance is called a dilatometer. The most common example of a dilatometer is a mercury thermometer, which measures the volume and the change in volume of the trapped mercury which is used to determine the temperature of the surrounding environment. Dilatometers can also be used to calculate the coefficient of thermal expansion. To determine the coefficient, the volume of the material is carefully measured as the temperature rises from one known value to another.

There are a few examples of dilatometers that are designed to measure the volume of solid metal pieces to determine thermal expansion. One design is the capacitance dilatometers. In this design, one plate of a capacitor is movable, and the sample is placed behind it, so when it expands it pushes the movable plate closer to the other plate. A more modern and accurate example would be the laser dilatometer, which constantly measures the dimensions of the sample with lasers. One of the most versatile designs is the optical dilatometer which is simply a digital camera using an optical group to measure the variations in the sample’s size.

Gases and liquids always expand volumetrically, expanding within the confines of their containers. In theory, solids always expand volumetrically as well but because they hold their shape it makes them appear to expand differently. For example, when a long metal rod is heated its atoms travel farther apart in all three dimensions. During this expansion, the rods cross-sectional growth will hardly be noticeable compared to its growth lengthwise. Since the rod is initially very thin there is a relatively small number of atoms pushing against each other in the cross-sectional direction. In the lengthwise direction however, there is a larger number of atoms lined up, and when they all push against each other it forms a chain reaction that pushes the total length of the rod to be much larger than it was.

An observational approach can be adopted to find a useful equation to predict the resulting size of a body after a temperature change. As explained above, the amount that a linear substance expands is linearly related to the original length, (L0). Observation shows that the expansion is also approximately linearly related to the change in temperature (dT). It is also obvious through observation that all materials expand differently. Due to this variation in expansion patterns, it can be determined that other physical aspects influence thermal expansion. A coefficient is used to account for a substance’s additional physical properties. This coefficient is known as the coefficient of linear thermal expansion, (α). The equation for the final length would therefore be

Which can be re arranged for α

The same logic can be used to build the equations regarding volume expansion. They are similar except the length variable would be exchanged for volume and the linear expansion coefficient would be changed to volumetric. To ensure accuracy, it is ideal to derive the volume expansion equation from the linear equation.

From analysis using the linear method, it is apparent that the value of α is usually in the parts per million range (x10-6). Since the value is so small, both the terms that raise it to a power above one result in such a small value that they will have almost no effect on the result. These terms can be ignored by approximating slightly.

This form of the equation could now be used to find the coefficients of thermal expansion of materials after measuring them with a dilatometer over a known temperature change. These equations display that both the linear and volume expansion coefficients have units of Kelvin-1, Celcius-1, or Fahrenheit-1.

With a dilatometer and a thermometer, it is very straight forward to conduct an experiment on a sample and then follow the equation to calculate the thermal expansion coefficients. Aluminum is a convenient material to study with this method, as it has a very high expansion coefficient for a metal. Stainless steels are perhaps the most commonly measured due to their abundant use in many applications.

These steels have a coefficient that is about average for metals, however, they are not extremely valuable like silver and gold. A lack of thermal knowledge during engineering and design can result in the collapse of bridges or the destruction of valuable equipment. The thermal expansion of materials can be a major roadblock for building and designing, however, many application processes and technologies have been designed with thermal expansion as a fundamental component of function. 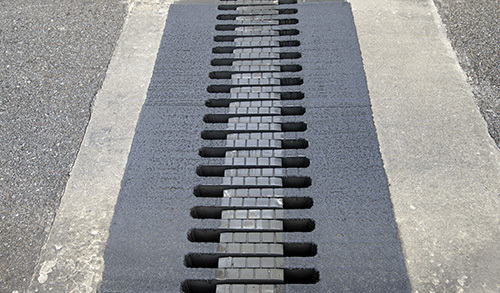 Figure 4: Expansion joint on a bridge