We’ll bet that sea turtles were not a topic that you expected to read about on a thermal conductivity blog, however, thermal conductivity influences many areas that you would not expect in the world around us, and sea turtles are an interesting place to start. After all, who doesn’t like sea turtles? Millions of tourists take part in snorkeling and diving trips each year in an attempt to see these animals, and any parent can vouch for the popularity of characters Crush and Squirt in Finding Nemo. Unfortunately, six of the seven species of sea turtle are now endangered, some of them critically.

For those wondering how thermal conductivity could possibly affect sea turtle populations and survival, the answer is in their nests. Sea turtles spend their entire lives at sea, the only exception is when females return to their natal beach to lay eggs. Each year the female turtle will pull herself onto the beach, carefully excavate a nest in the sand, lay and cover up to 120 eggs, and return to the ocean. The temperature of these nests during incubation not only affects the survival and hatching rates of the eggs, but it also determines the sex of the baby turtles. Cooler nests will produce males, while warmer nests will produce females. 29°C is considered the pivotal temperature at which females and males are produced in equal amounts, anything below or above will result in a skewed ratio. Thermal conductivity directly impacts the turtle nests and the subsequent hatchlings as it is the main method of heat transfer through the sand. 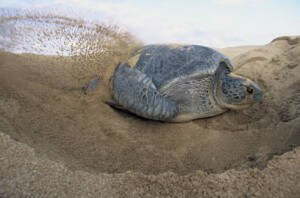 There has been worry for some time in the scientific community about the impact that rising temperatures will have on sea turtle populations. If beach temperatures get hotter, so will the nests, and areas that used to produce both males and females will suddenly only produce females. In 1998, Speakman et al. from the University of Aberdeen set out to measure the thermal conductivity of the sand around loggerhead sea turtle nests to determine how it varied, the impact it had on nest temperature, and whether there was any evidence that turtles were actively selecting certain nesting sites over others. The team measured the thermal conductivity and mean daily temperature at 15 nest sites and 15 random sites on a beach in Florida. They also closely studied the grain size of their sample sites. 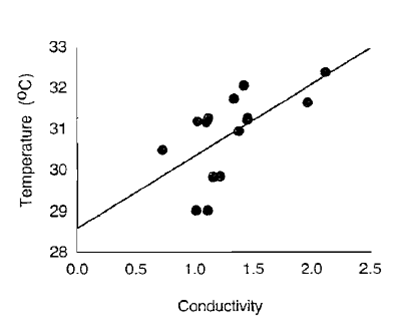 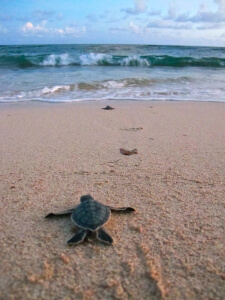