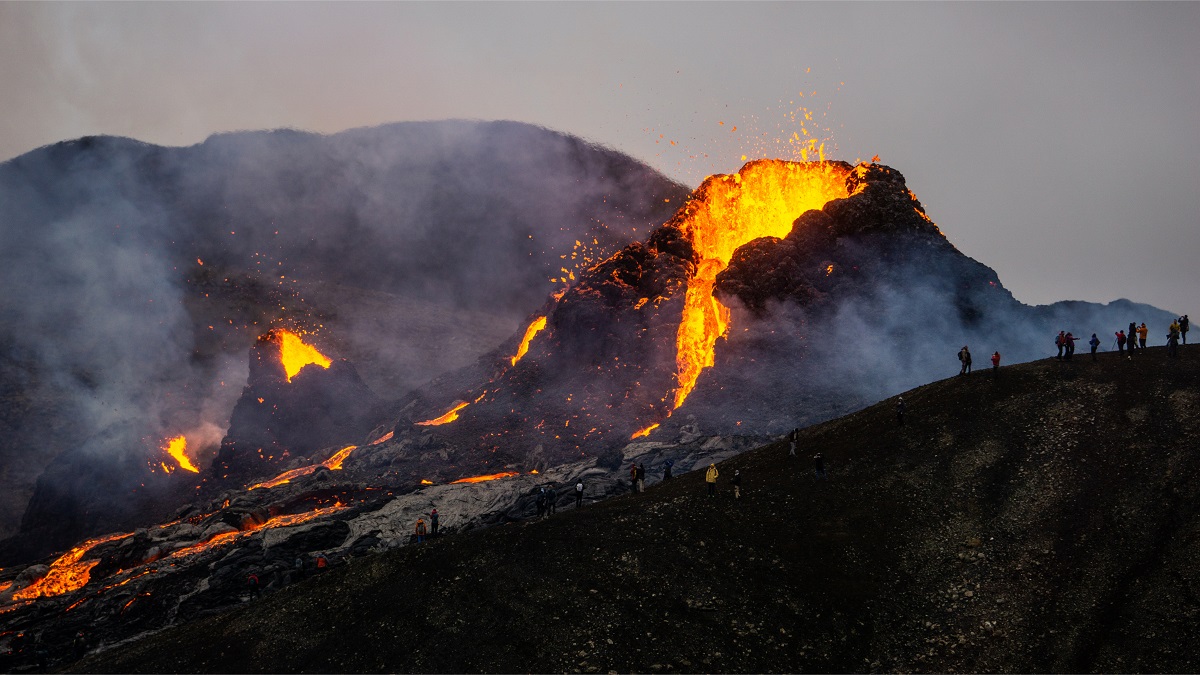 Volcanoes are a unique and prominent feature of the earth’s geological landscape and for the most part, remain relatively inactive posing little threat to human populations. Despite the short-term dangers of volcanoes being relatively minimal, over longer periods of time enough heat and tension can build up within the earth surface to cause movement within the tectonic plates that are present in the earth’s lithosphere This movement within the earth’s crust (along with other significant geological events) can trigger extreme volcanic activity such as lava flows, geysers, and eruptions. As human populations continue to climb and the demand for land increases, more residential areas are being established in regions that are located within a volcanic hazard zone. As a result, more people and property are becoming at risk from volcanic activity and without active, continuous monitoring of these eruptive structures, the safety of these communities could be at risk. In order to protect and alert these high-risk areas, the geological scientist must implement a comprehensive monitoring program that is designed to provide current, ongoing information regarding the timing of volcanic activity to give residents in the area enough of a warning so they can act to avoid all volcanic threats. 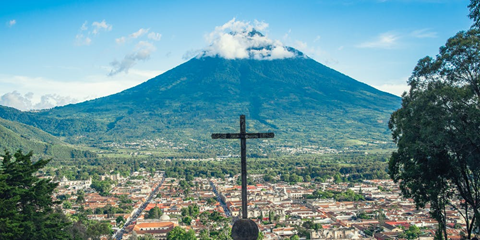 Figure 1: volcano in close proximity to a residential area that would be at risk if an eruption were to occur.

Volcanic activity can be characterized by the transfer of heat from earth’s crust to the surrounding atmosphere. The amount of heat released by internal processes beneath the surface of the crust can be quantified using a variety of different techniques. These measurements are an extremely useful tool for predicting and observing volcanic activity. The majority of activity forecasts are acquired through the direct observation of prominent volcanic features such as steaming vents, geysers, hot springs, lava flows, and lava domes. Surface temperature changes at these flagged features are generally indicative of the early onset of a volcanic eruption and can provide clues for scientists to use when trying to forecast future eruptions. As useful as these changes in surface temperature are, they are practically useless without a steady base temperature data set to compare them to. This is why continuous monitoring is critical for determining and characterizing the overall behavior of a volcano.

Attempting to obtain direct measurements from surface features such as hot spring basins or active lava flows can pose a significant threat to the observer. Despite the imminent threat of being present during an active eruption, many handheld cameras are still used in numerous field monitoring programs around the world with far fewer fixed, continuously operating thermal installations existing. Over the past decade, the benefits of continuous monitoring cameras have become more evident which has also been reflected in an increase in their popularity as they are getting deployed more frequently. One example of where thermal cameras have proved their worth is during the monitoring of Mount Edna where explosive activity can suddenly threaten air traffic around the city of Catania. 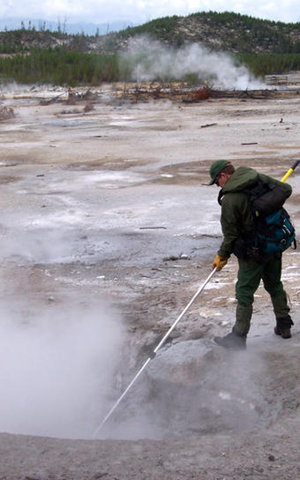 The majority of handheld visible light cameras operate at a wavelength of 0.4-0.7mm and have many limitations which are mainly due to blockage from flumes and ash particles that are contently expelled from volcanoes. They also struggle to identify the extent of hot surfaces because they may be incandescent or their incandesces may not be prominent enough to stand out from sunlit surfaces. As an alternative to standard visual light cameras, volcano monitoring has been done using low light or near infrared 1mm cameras which offer some improvements in these regards but are by no means a perfect replacement. Thermal longwave infrared cameras measure at a more sizeable wavelength of 7.5-13mm and provide many valuable additions to standard visible light cameras. These cameras can detect temperature changes through thick volcanic fumes and provide a new view of active vent and surface regions that would otherwise not be able to be observed. Another advantage of infrared cameras is their ability to discriminate between active and inactive surface features as well as having a higher capacity for observations that aren’t impeded by diurnal changes in sunlight.

The advantages of using a longwave infrared camera to measure and predict volcanic activity is clear, however, these tech-savvy cameras still have some limitations of their own. They are intrinsically temperature calibrated but, in many conditions, can result in the measured, apparent temperature being different than the actual surface temperature. The temperature observed by the camera is often lower than the actual surface feature temperature normally due to volcanic smoke and plume creating an inference between the camera and the target surface. This effect is worsened if the plume contains water particles which is common in many cases. Another limitation has to do with the design and composition of a thermal image. These images addressing individual pixel temperature observations will often be a composite of all the temperatures within the entire pixel footprint. If most of the area in the pixel footprint is classified as “cool temperatures”, this mixed pixel issue will result in the pixels’ integrated temperature being significantly lower than that of the hot surface trying to be observed. Pixel footprint size plays a huge role in temperature accuracy and effective sensitivity of cameras. 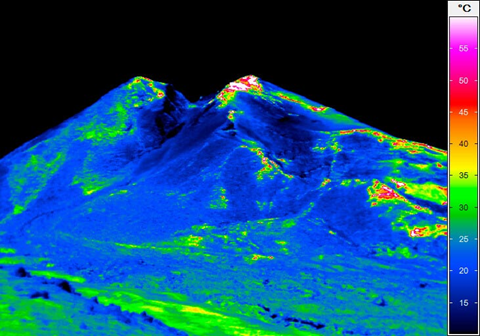 Figure 3: an example of a thermal image captured with an infrared thermal monitoring camera

The ability of infrared longwave cameras to see through most volcanic plume and provide a clearer depiction of ongoing volcanic activity is what makes them a more effective technology than standard visual light cameras. The images and long-term temperature data these cameras can capture have proven critical for scientists trying to detect and predict the likelihood of upcoming eruptions which in turn, has allowed them to provide earlier warnings for individuals that may be at risk if there was an eruption. Normal, visible light cameras only show active lava flows at night when the incandesce stands out. During the day, lava rarely exhibits incandesce or color contrast with the surrounding environment and will not get picked up by these cameras. Thermal infrared cameras provide an unambiguous image of lava flow activity day or night. In addition, these cameras provide information on the relative age of flow lobes and a superior long-term view of activity. Technology in this area is continuously advancing and is likely to address and overcome these limitations in the near future and provide even greater production against even the most unpredictable volcanic structures.

Temperatures at the Surface Reflect Temperatures Below the Ground. (n.d.). Retrieved October 6, 2021, from https://www.usgs.gov/natural-hazards/volcano-hazards/temperatures-surface-reflect-temperatures-below-ground