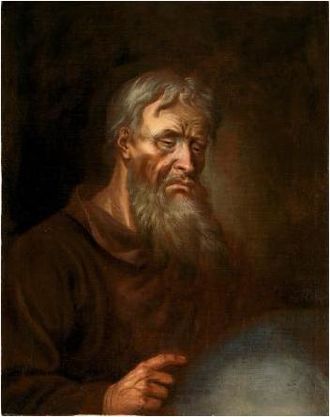 Also known as ‘the Weeping Philosopher’ and ‘the Obscure’, this early philosopher was the inspiration for the stoics and other philosophers that came much later. The alias ‘the Weeping Philosopher’ originates from two likely routes, one being his rather melancholic ways, and another being that in his works it appeared as though he was communicating with another philosopher dubbed ‘the Laughing Philosopher’. It was also rumored that he intentionally made his works difficult to understand. His goal was to lead hasty, careless readers to the wrong conclusion. These actions earned him the name ‘the Obscure’.

He was obsessed with the idea that everything in the known universe is constantly subject to change. In his work “Hodos ano kato“, “the way up and the way down“, he stated: “This world, which is the same for all, no one of gods or men has made. But it always was and will be: an ever-living fire, with measures of it kindling, and measures going out.” This quote made his belief clear that the changing of fire, or the flowing of it, lies at the beginning, present and end of all things. If this quote is read from a scientific view, fire is an allegory for energy and its changing through heat transfer, combustion and reaction. Energy is the driving force behind every interaction on earth. The work of Heraclitus helped influence future scientists during their discoveries of heat conduction and heat transfer.

‘Hodos ano kato, “the way up and the way down”‘ – https://openlibrary.org/books/OL20762849M/Heraklit_von_Ephesus_und_die_Entwicklung_der_Individualit_at._Metamorphosen_des_Geistes_3

HERACLITUS AND PARMENIDES. A Supplement to Ricardo Nirenberg’s Fall 1996 Lecture on the Presocratics. – https://www.albany.edu/~rn774/fall96/philos3.html – discussion of his work and life 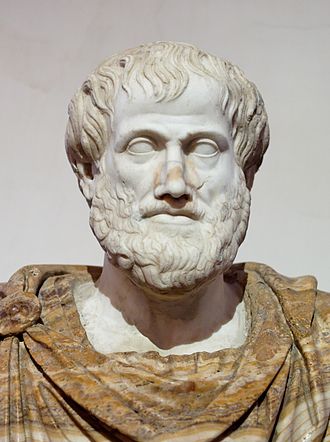 Aristotle is perhaps the most famous philosopher in history. Directly tutored by Plato, he went on to tutor Alexander the Great all throughout his life. He was best known for his writings about ethics, government and logic; however, he also made some contributions to the natural sciences.

Aristotle was one of the first to consider irreversible changes in nature. In his view, the elements that specific matter processed would guide them along a path to a certain equilibrium. The changes made in ordered to achieve equilibrium were viewed as irreversible. This included the ‘element’ of ‘fire’, which is an idea very similar to our present knowledge of heat. One could extend this idea to say that if a volume of metal contained more “fire” than the metal it was in contact with, the fire would travel along the metal, seeking equilibrium. 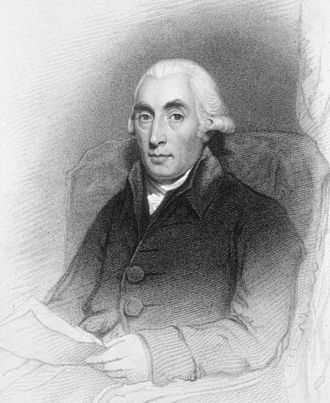 After being accredited with the discovery of carbon dioxide and magnesium, this Scottish physicist-chemist was considered a peerless professor at the University of Edinburgh, and students were known to attend the same lecture twice or more. For recognition of his work, Black was appointed principal physician to King George III in Scotland.

Additional discovers by Black were the specific and latent heat of materials. These discoveries are associated with the beginning of thermodynamics and quickly lead to the use of the first rudimentary calorimeters to measure these qualities. These devices would surround a reaction crucible with tightly packed crushed ice, and the amount of water melted during the reaction was measured. Antoine Lavoisier and Pierre-Simon marquis de Laplace were two well-known scientists who utilized these ice-based calorimeters in many investigations.

The Edinburgh Encyclopedia Conducted by David Brewster, with the assistance of gentlemen eminent in science and literature the first American edition – Published by Joseph and Edward Parker in 1832 – page 294 – http://bit.ly/2Lz2vdN 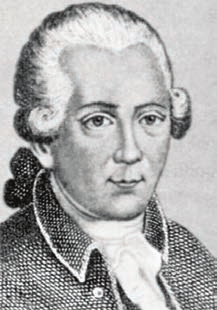 A true polymath, Johann Heinrich Lambert made contributions to many fields of science and mathematics including optics, astronomy and map projections. Scholars believe him to be one of the fathers of modern map design. For recognition of his work he achieved the sponsorship of Frederick II of Prussia, and the friendship of Leonhard Euler.

Perhaps one of the least recognized works done including to the theory of heat conduction through solids. He corrected Guillaume Amontons’s previous statement that the temperature profile of a rod being continuously heated at one end would be linear, instead showing it to be logarithmic. He also realized that the geometry of the rod would influence this temperature profile, as heat is lost to the air at every point along the rod. These realizations were instrumental to Joseph Fourier’s later work. 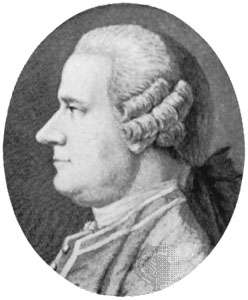 The founder of photosynthesis, Jan Ingen-Housz, is relatively unknown. This is more unusual when considering his renown at the time. He also discovered the cellular respiration of plants. For successfully vaccinating an entire royal family against smallpox he was rewarded with the position of personal physician to the Austrian Empress Maria Theresa.

Influenced by Benjamin Franklin, Ingen-Housz conducted an experiment where he applied a wax coating to many wires of varying metals and similar dimensions. He then dipped one end of these wires in hot oil. Although the wax melted completely on all wires, he recorded the rates at which the wax melted on each rod. He attributed this aspect to the speed at which heat travels within each material. He concluded from the experiment that the wax on the silver wire melted the fastest, followed by copper, gold, tin, steel, iron and lead wire. 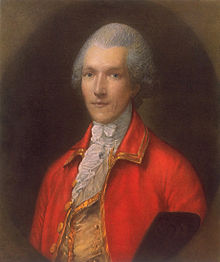 Benjamin Thompson earned many ranks and titles for his admirative abilities during the American revolution. As lieutenant colonel of the King’s American Dragoons, he was made a full colonel and continued to receive a knighthood by King George III. Later he was made a minister and finally a count. During this time, he was also known for drawing designs for warships. Whatever the rank Sir Benjamin was, he always found ways to use his scientific interests so that they might further the military’s cause. He ended up doing so much experimentation related to explosives and heat that there is now a crater on the moon named after him.

One of Thompsons many scientific works for the military was his investigation into the insulative properties of materials. His goal was to find a fabric for the soldiers to wear that would better withstand the cold. He placed a thermometer into an evacuated glass bulb, along with a sample of the material he wished to examine. Ensuring the bulb was full of the material and the thermometer was in the middle of the material. He then followed two methods; submerging the bulb in boiling water or submerging in ice water. The bulb when then submerged into either the hot or cold water and the rate of temperature change was recorded. Thompson concluded that the material’s ability to trap air inside it aided its insulative abilities, but he then blundered by saying that gases are perfect non-conductors of heat. This last statement has since been proven incorrect. Eventually, he did succeed in inventing underwear with increased thermal protection. 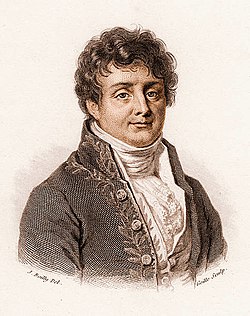 Jean Fourier was one of the greatest minds of mathematics. His works include Fourier analysis, theorem, transform, and Fourier’s law. Most of his works are so fundamental that they are now applied in almost every area of natural sciences. He also discovered the greenhouse effect by calculating what the temperature of the atmosphere should be if the only factor was the incoming heat from the sun and discovering the large discrepancy between his calculations and reality. During the invasion of Egypt, he was Napoleon’s academic advisor.

One of his genius concepts was the key to solving most problems that involve the diffusion of any property due to a gradient, including heat transfer. Electricity, chemical diffusion, fluids in porous media, genetics, and economics are just some of the other fields that this concept has been adapted to. This mathematical formula is known both as the ‘heat equation’, and as ‘Fourier’s equation’. This famous equation is still the basis of our modern understanding of heat diffusion and conduction.

As well as putting forth the basic principle of relativity, Galileo Galilei (1564 – 1642) laid important foundations in the area of science called kinematics. These discoveries would later be used as a basis to begin to explain how gases work and interact with heat.

One of Isaac Newton’s (1642 – 1726 or 1727) lesser known contributions to science was his cooling law. This law explained that the heat flow between two bodies was related to the ratio of their temperatures and was later used by Fourier in his investigations. In Fourier’s interpretation the bodies were adjacent atoms in the same object.

Albert Einstein (1879 – 1955) never worked on thermodynamics himself, however, his theory of general relativity exposed some areas in which Fourier’s heat equation would not hold. Other scientists have since ramified this issue with new equations that can be simplified in normal circumstances to be equivalent to the original heat equation.