Eight polyurethane boards of different density were investigated using the standard TPS module. Two samples of the same board were acquired and used as obtained. The board densities ranged from 198 kg/m3 to 1633 kg/m3. The physical dimensions of each board were taken using digital calipers, and the mass of each board was also measured. Using this data, the density of each individual board was calculated, and then average density was calculated for each set of boards. See Figure 1 for the polyurethane board samples. 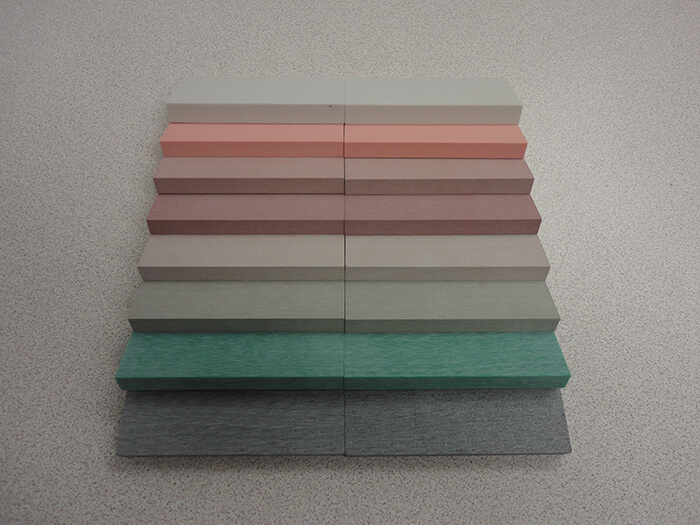 The TPS standard (bulk) module was used to perform the measurements. Experimental setup involves placing a Hot Disk sensor between two pieces of the same material and applying a light pressure to help ensure good contact between the sensor and sample pieces. Five measurements were made for each pair of polyurethane boards and the average was taken. All experiments were performed at room temperature (24 °C). 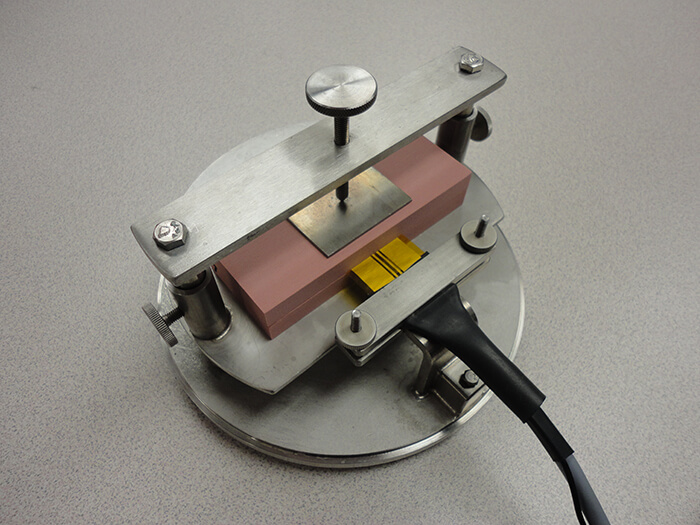