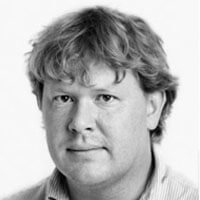 Son of Dr. Silas Gustafsson, Dr. Mattias Gustavsson earned his PhD in 2000 from the Chalmers University of Technology and has spent his career working with the Hot Disk TPS products in the field of thermal conductivity. His research focus has been to further develop the transient plane source sensor and proprietary gustafsson analysis calculation model. The hot disc method has become one of the most trusted thermal conductivity, thermal diffusivity methods, with over 2000 publications. Two of the key proprietary measurement capabilities of the gustafsson analysis calculation model is its sensitivity to detection of contact resistance and edge effects, which are so critical to accurate measurements.

He worked as a project leader for the CIT Foundation in Sweden and in a Post-Doctoral position at the National Institute of Advanced Industrial Science and Technology in Japan prior to joining Hot Disk AB as CEO in 2005. He has been publishing scientific articles on thermal conductivity and heat transport for over 20 years. In addition to his position of CEO, Dr. Gustavsson is the Vice President of Research and Development at Hot Disk, and has overseen the development of state of the art thermal conductivity measurement equipment. His background has enabled him to balance the needs of both academia and industry, and under his leadership Hot Disk has built strong partnerships with both sectors to further the field of thermal conductivity testing.