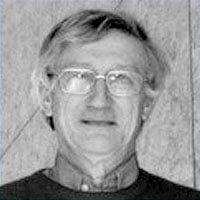 Antonio Pizzi is an Industrial Research Chemist employed in the Laboratory of Studies and Research on Material Wood, at the University of Lorraine. In 1970, Pizzi received his Chemistry Doctorate from the University of Rome, Italy. Pizzi then went on to receive his PhD in Organic Chemistry from the University of the Orange Free State, in Bloemfontein South Africa, in 1978. Finally, in 1985, Pizzi received a Science Doctorate in Wood Science, from the University of Stellenbosch, in South Africa. In 2012-2013, Pizzi was said to be one of the most highly cited researchers in the materials science field. Currently, Pizzi splits his time between lecturing, and researching polycondensation resins and adhesives, as well as resins derived from renewable resources, polymers and composites. Not only is Pizzi recognized on a National level, he has been present with several International awards and recognitions, for his work in wood science and engineering.