As the aeronautic and aerospace industries continue to push the boundaries by producing machines capable of achieving more than ever before, the technology that supports these systems must also evolve and improve. This is especially true for the thermal management systems of these planes, which must effectively remove excess heat while conforming to stringent weight and volume standards. Copper has traditionally provided this function, however its weight has made it a less attractive option as engines become more complex. Misak et al. (2016) from the Wright-Patterson AFB recently published a paper outlining the thermal characteristics of dry spun carbon nanotubes (CNTs), and their potential to replace copper in the thermal management of planes and vehicles. 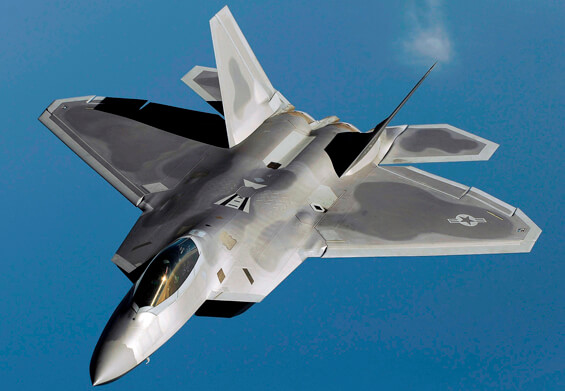 Although CNTs have fantastic thermal properties individually, researchers are still striving to produce a bulk product with equivalent characteristics. The dry spun CNT samples used by Misak et al. (2016) were created at high temperatures that fused carbon gases to a catalyst. This process formed a sheet with the CNTs aligned in two directions. Misak et al. (2016) used two methods to measure the thermal conductivity of their samples, the laser flash method measured the in plane thermal conductivity, while the Hot Disk TPS 2500S with a thin film sensor measured the out-of-plane conductivity.

The Hot Disk TPS 2500S is a powerful machine capable of measuring thermal conductivity between a range of 0.005 to 1000 W/mK, within a temperature range of -160 to 1000°C. The incomparable Hot Disk suite of software, which contains modules designed to apply to every testing need, accompanies it. The thin film module used in this research enables the thermal conductivity values of incredibly thin materials to be determined accurately and efficiently. The Hot Disk sensor is two-sided, and takes measurements as it is sandwiched between two identical sample pieces. Three samples, each measuring 25.4 mm by 25.4 mm, were analyzed in this study. The thermal conductivity values obtained for the CNT sheets were compared against those of copper, to determine if this material could serve as an effective replacement.

Comparison of the thermal characteristics of dry spun CNTs and copper

Misak et al. (2016) found that the thermal diffusivity of the CNT sheets were within 87 to 96% of that of copper. They also determined that the CNT sheets had a larger volumetric heat capacity, which gives them an advantage in applications requiring rapid heating and cooling. Although both the in-plane and out-of-plane thermal conductivity values obtained for the samples were much lower than that of copper (380 W/mK), the in-plane specific thermal conductivity of the CNT sheet was actually superior to that of copper, due the extremely low density of the material (Table 1).

The samples were highly anisotropic, with an in-plane conductivity of 25 W/mK, and an out-of-plane thermal conductivity of 0.1 W/mK (Table 1). Another advantage that the CNT sheets had over copper was a superior thermal emittance rate, which enables increased heat flux across the material.

Misak et al. (2016) determined that the dry spun CNT sheets had several advantages over copper. Although their thermal conductivities were much lower than that of copper, their low density (only 4% of that of copper) meant that they were much more effective at transferring heat by weight than copper was. This is a crucial benefit in industries such as aerospace where keeping a low material weight is critical. The anisotropic properties of the sheets were also attractive, as they can act as either conductors or insulators depending on how they are aligned. Misak et al. (2016) concluded that the CNT sheets have the potential to be applied to thermal management issues in the automobile and aircraft industries. This research is an excellent example of how the ability of the Hot Disk system to measure the thermal conductivity of challenging samples continues to place it at the forefront of cutting edge research in highly technical fields.

END_OF_DOCUMENT_TOKEN_TO_BE_REPLACED

How are viruses such as COVID-19 affected by the type of surface they are inhabiting and the conditions of their surrounding environment. Introduction Infectious viruses have been inhabiting earth longer than most modern-day species and can quickly become adapted to...

END_OF_DOCUMENT_TOKEN_TO_BE_REPLACED

Altering soil and building materials of greenhouses to benefit the environment and create an optimal growing climate for crops. Impacts of Soil Conductivity on Greenhouses Natural geological processes have been impacting rock and soil formation since the first biotic...