Brakes are an essential component of all methods of transportation, as the ability to safely stop is as important as the ability to propel ourselves forward. This importance has resulted in substantial research and development in terms of what types of materials are used to produce brakes, and the method of manufacturing used. Traditionally brakes were made of metals, which imparted high strength and thermal conductivity, but also resulted in excess weight. In an attempt to improve upon the downsides of metallic use in brakes, researchers turned to composites for brake materials, these include ceramic, metallic, and carbon-carbon composites.

Carbon-carbon composites have several desirable characteristics when used as brakes; they are lightweight, long lasting, and have excellent thermal conductivity. However, their manufacturing process makes them one of the more expensive options. Cai et al. (2009) set out to improve the manufacturing process and performance of carbon brakes by creating a carbon/silicon carbide composite that could be produced more efficiently at a lower cost, using a novel phenolic resin impregnation pyrolysis in conjunction with liquid silicon infiltration. The Hot Disk TPS thermal conductivity system was used to assess the thermal characteristics of the samples. 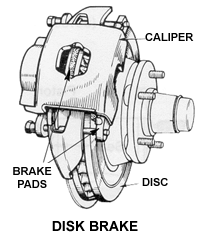 Cai et al. (2009) produced samples of their composite and subjected it to comprehensive testing, the results of which they compared to those of a carbon composite sample produced through a more conventional manufacturing process. The testing included braking tests, thermal conductivity analysis, microstructure studies, and wear resistance quantification. The Hot Disk TPS 2500 was used to obtain the thermal conductivity information required by the study. The Hot Disk TPS 2500 is a powerful instrument capable of measuring thermal conductivity over a range of 0.005 to 1000 W/mK, in temperatures ranging from -160°C to 1000°C. It can measure parameters of solids, liquids, pastes and powders, and is supported by the Hot Disk software, which includes specialized testing modules capable of performing anisotropic testing, and measurement of highly conductive sheets. For this study, two identical samples of the carbon/silicon carbide composite were sandwiched around a two-sided Hot Disk sensor, which acts as both the heat source and temperature sensor (Figure 2). The samples were arranged so that the thermal conductivity would be measured in the direction perpendicular to the friction surface.  A single sided sensor is also available for testing samples that are difficult or unable to be cut into two pieces. 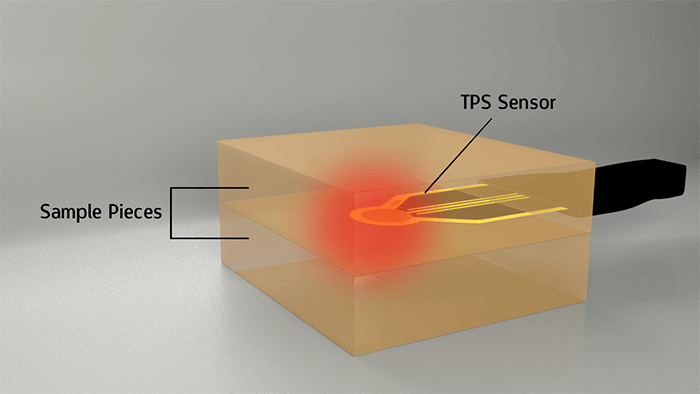 Cai et al. (2009) determined that their composite had a thermal conductivity of 48.72 W/mK, which was higher than that of the sample used as a comparison. Thermal conductivity is an essential characteristic of brakes as it helps to manage thermal stress. Brakes work by converting the forward momentum of the vehicle into heat, and studies have revealed that a regular braking motion in a car can produce temperatures upwards of 900°C in the brakes as they engage. If this heat is not properly dissipated, the stress can cause cracks in the brake system, which compromises their performance and safety. A higher thermal conductivity means that the heat produced at the point of contact where the brake is engaged can be transmitted to the center of the brake more quickly, which results in better performance. Figure 3 models the temperature flow in a disk brake 1.8 seconds after it is first applied. A high thermal conductivity means that hot spots are minimized and the brake stays at a more uniform temperature during use. 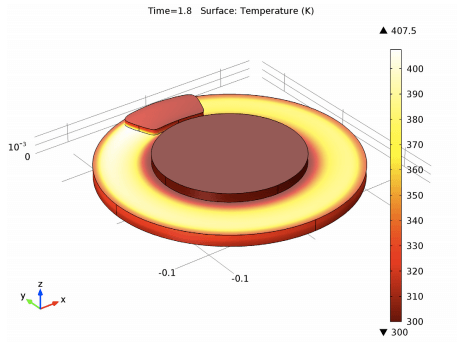 Figure 3. Model depicting the flow of heat through a disk brake during use. The point of contact between the pad and disk reaches the highest temperature, and the heat is transmitted through the rest of the structure to the center. 2

Cai et al. (2009) concluded that the carbon/silicon carbide composite that they created was a promising option for use as a brake material due to its high thermal conductivity, low density, and excellent wear rates. The ability to accurately determine the thermal conductivity of samples is crucial in brake development, as it plays an important role in brake performance and longevity. This paper is yet another example of how the Hot Disk TPS system is a powerful tool for research and development in industrial applications.

END_OF_DOCUMENT_TOKEN_TO_BE_REPLACED 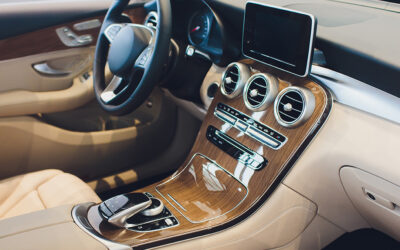